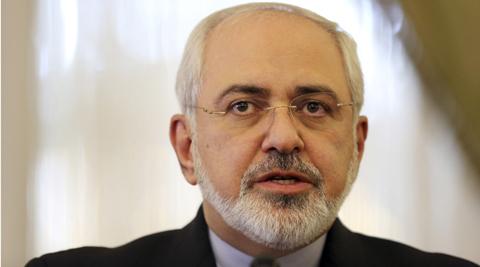 The agreements reached during the summit of Azerbaijani, Russian and Iranian leaders will strengthen the stability in the region, Iranian Foreign Minister Mohammad Javad Zarif said at a joint press conference with his Azerbaijani and Russian counterparts Elmar Mammadyarov and Sergey Lavrov.

He said the transportation sphere was widely discussed.

“Bandar Abbas [port] will be linked by rail to St. Petersburg. The issues of cooperation in the energy sector, on the Caspian Sea, the fight against terrorism and extremism, cultural and tourism spheres were also discussed, and certain agreements have been reached. We are confident that the three countries will cooperate on a broad spectrum of all directions,” Zarif said.

He said the leaders of the three countries have agreed to set a trilateral mechanism for cooperation at the ministerial level and at the level of relevant ministries.

“Energy issues, the situation in the Caspian region, have been discussed. The parties stressed the importance of a speedy agreement on the convention on the Caspian Sea, and the foreign ministers were instructed to intensify the preparation of the fifth Caspian summit. The new format will have a positive impact on regional processes. We gratefully accepted the invitation to hold the next summit in Iran,” Lavrov said.

Azerbaijan’s Foreign Minister Elmar Mammadyarov, in turn, said that by President Ilham Aliyev’s initiative a meeting of ministers has been also held today.

“We discussed the North-South project, and today, as you can see, the joint declaration was signed. The cooperation between the three countries will expand from energy and transportation sectors. The relations will deepen. Electricity swap, Rasht-Astara railway were seriously discussed,” Mammadyarov said.