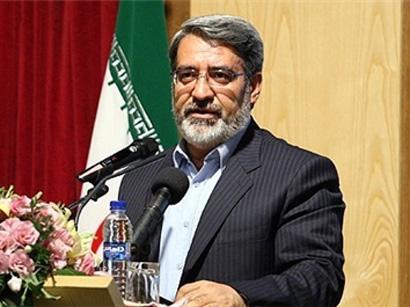 Iran has once more emphasized the significance of a proposed draft for the Caspian Sea littoral countries to fight drugs.

“We are looking for a practical and well-organized procedure to fight drugs,” he said at a press conference after meeting Federal Drug Control Service of Russia Director Viktor Ivanov, IRNA news agency reported March 16.

“A few months ago Iran prepared an agreement draft for Caspian Sea littoral countries. We circulated it among all the countries. In this meeting, we told them to explicitly ratify or amend it so that we could propose the final draft.”

“In the international arena, especially the UN General Assembly, since our views and those of Russia are largely compatible, we consider this draft as international, sophisticated, and multi-dimensional,” he added.

Iran claims to be the biggest drug fighter in the world. It is adjacent to drug paradise Afghanistan and its borders are constantly attacked by drug-trafficking gangs.
Tehran says the fight is hugely demanding in terms of human and financial resources, adding international cooperation is scanty to effectively fight the phenomenon.

Russia Renewable Energy Report Other than large hydroelectric plants in Russia, all other forms of renewable energy accounts for less ...

IIKSS - Kazakhstan and the United Arab Emirates signed a number of documents within the talks of Kazakh ...