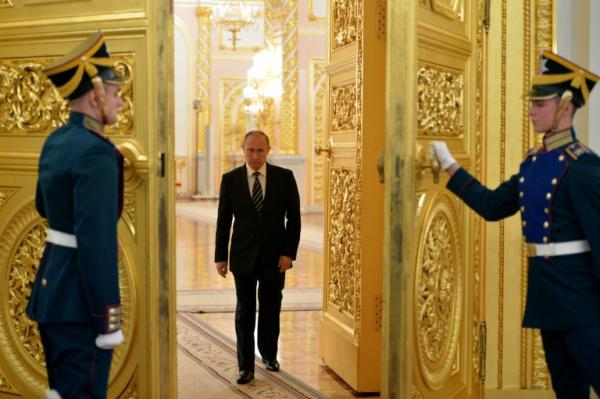 Establishing a free trade zone between the Eurasian Economic Union (EAEU) and Iran can give a strong impetus to expanding bilateral trade and investment, Russian President Vladimir Putin said in an interview with Azerbaijani state news agency AZERTAC.

"The creation of a free trade zone between the Eurasian Economic Union and Iran can give a strong impetus to trade and investment contacts between Russia and Iran. The joint research group, which will study in detail the parameters of a possible agreement, has already begun its work," Putin said.

"We are also interested in strengthening our partnership with Tehran in regional affairs. We consider it an important factor of maintaining stability and security across a large territory from Central Asia and the Caspian region to the Middle East. We will continue to support Iran's pursuit of full SCO (Shanghai Cooperation Organization) membership," the Russian leader noted.

"Iran is Russia’s longtime partner. We believe that bilateral relations will benefit from the reduction of tensions around Iran following the comprehensive agreement on the Iranian nuclear program," he noted.

"First of all, we intend to continue fostering trade and economic cooperation. During my visit to Tehran on November 23, last year, and my negotiations with Iran’s Supreme Leader Ali Khamenei and Iran's President Hassan Rouhani, I found that Iran’s leaders genuinely share this approach," Putin said. "Thus, through collective efforts we have managed to increase the volume of mutual trade. In the first five months of this year, it grew by 70%, reaching $855 million," he reminded.

The Russian president said large-scale joint projects in the oil and gas sphere, and the aerospace and electric power industries are being developed. "For instance, Russia intends to grant two state loans to Iran to the amount of €2.2 billion to finance the construction of a thermal power plant near the city of Bandar Abbas on the Persian Gulf coast and the electrification of the Garmsar-Ince Burun railway section in the north-east of the country," Putin noted.

"In certain areas, Russian-Iranian cooperation has already become strategic in nature. This is particularly true of the joint work in the field of peaceful nuclear energy. Iran’s first nuclear power plant, Bushehr was built on the basis of Russian technologies. Plans for the construction of 8 more nuclear power units by Russian specialists in Iran have been agreed," he said. "We will further assist our Iranian partners in implementing the Plan of Action on Iran's nuclear program, including the processing of enriched uranium and the conversion of facilities to produce stable isotopes," Putin concluded.

Summit Signals Russia’s New Strategy Towards Iran Faced with recent strains in the relationship, Moscow has expanded its dialogue with ...