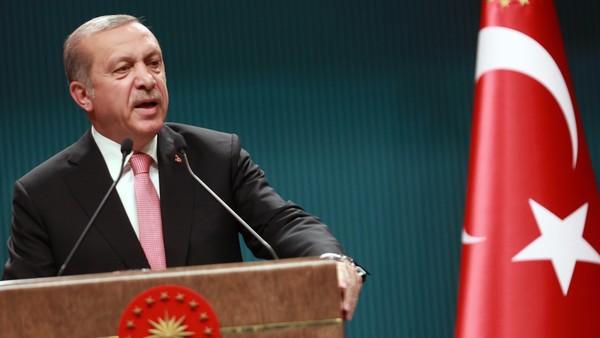 Turkey’s president Recep Tayyip Erdogan and Russian president Vladimir Putin will hold talks on Tuesday to hammer out details of restoring the two countries’ relationship after seven months of stand-off over Turkey’s shooting down of a Russian military aircraft.

Mr Putin will meet Mr Erdogan in St Petersburg, the Russian president’s home town, the two leaders’ first encounter since they met at the G20 summit in the Turkish city of Antalya last November. Just weeks after that, Turkey downed the Russian military jet which Ankara said had entered Turkish airspace from Syria.

Following the incident, in which one of the two Russian pilots was killed, Moscow suspended contacts with Ankara and slapped economic sanctions on Turkey.

The measures, including an embargo on agricultural products, a ban on tour travel, a freeze of energy talks, a partial exclusion of Turkish construction companies and restrictions on Turkish citizens working in Russia, added to Turkey’s deepening economic woes.

But the two countries have sharply reversed course since the Kremlin said in late June that it had accepted an apology from Mr Erdogan. Since then, the two governments have started negotiations on normalising their economic ties.

The Kremlin said last week that much more time would be needed to restore trust. However, the summit will be closely watched for signs whether Turkey moves closer to Russia amid tension with its Nato allies over western criticism of Mr Erdogan’s crackdown following last month’s military coup attempt.

The two leaders will also discuss the conflict in Syria, in which their positions on key questions such as the future of president Bashar al-Assad and Kurdish groups have sharply differed so far.

The Lebanese parliament is to try for the 43rd time to elect a head of state on Monday after forgoing elections in a process that has tested the country’s claim to being a democracy.

Parliament last failed to elect a new president on July 14 due to the lack of a constitutionally required quorum. Lebanon has been without a president since the term of Michel Suleiman ended in May 2014, and sharp political division among parties has hindered election of an incumbent.

Rival factions backed by regional heavyweight Iran and Saudi Arabia failed to agree on a consensus candidate. Parliament has extended its own term twice, citing concerns that elections would lead to violence.

Last month, independent MP Butros Harb said: “The political decision blocking the election of a president is still ongoing and history will pin the blame on those who are obstructing this vote.”

Only 37 MPs arrived at the parliament building to take part in that session, while two-thirds of the 128-seat parliament represents the required quorum.

The constitution stipulates that in case of the absence of a president, the Cabinet takes charge of running the country until the election of a president.

However, Hizbollah and some of their allies have been boycotting the electoral sessions, demanding a prior agreement on the president.

Lebanon’s dominant parties are run by leaders of various Christian, Sunni and Shia sects — many are the same men who led their parties in the country’s 1975-90 civil war, or their sons.

Twenty-five years after the end of the civil war and the mass migration it sparked, the Levantine nation’s youth are fleeing endemic corruption, political dysfunction and rising unemployment, inequality and poverty.

The rivalries among party leaders were intensified by the war in neighbouring Syria, where the long-running conflict also had sectarian dimensions.

The government has failed to deal with key issues such as the Syrian refugee crisis — displaced Syrians have no camps and now represent one in five people in Lebanon, bringing the country near to its previously projected population levels for 2050.

Zambians go to the polls

Zambians will go to the polls to elect a new president, parliament and local council representatives on Thursday. At local government level, voters will elect new councillors, mayors and council chairpersons for all rural and urban local authorities. Eight political parties will field candidates.

One of the country’s top religious leaders has warned that Zambia risked being engulfed by political fighting and social strife unless political leaders avoided making inflammatory statements during election campaigns.

Political campaigning in Lusaka and Namwala, south of the capital, was last month suspended for 10 days because of violent clashes. The run-up to the election has been marred by skirmishes between supporters of the ruling Patriotic Front of President Edgar Lungu and the opposition United Party for National Development led by Hakainde Hichilema.

Mr Lungu has been in power for just over a year after winning a ballot triggered by the death of his predecessor, Michael Sata.

Addressing residents in Lusaka, Anglican Church of Zambian leader Bishop William Chombo has said: “What people want is to choose a leader who will move the country forward. That person can come from Patriotic Front, United Party for National Development, Forum for Democracy and Development, Movement for Multiparty Democracy, or any other. The goal should be to develop Zambia.”

In the 2011 general election there was victory for the Patriotic Front, whose candidate Mr Sata was elected president, with the party winning 61 of 150 National Assembly seats.

Following Sata’s death in October 2014, early presidential elections were held to elect a successor to complete the remainder of his five-year term, and Mr Lungu was chosen.

A summit, attended by Iran, Russia and Azerbaijan’s presidents is being held on Monday in Baku to discuss regional security, the Caspian Sea legal regime, energy, transport and constructing the railway between Iran’s two northern cities of Rasht and Astara.

The Iranian and Russian presidents have a plan to develop co-operation in the areas of politics, commerce, culture and tourism. Trade between the two countries has increased and the volume of goods exchange reached $855m during the first five months of 2016.

The summit will be hosted by Ilham Aliyev, president of Azerbaijan, who will meet Hassan Rouhani and Vladimir Putin.

Rosneft to increase oil supplies to China through Kazakhstan