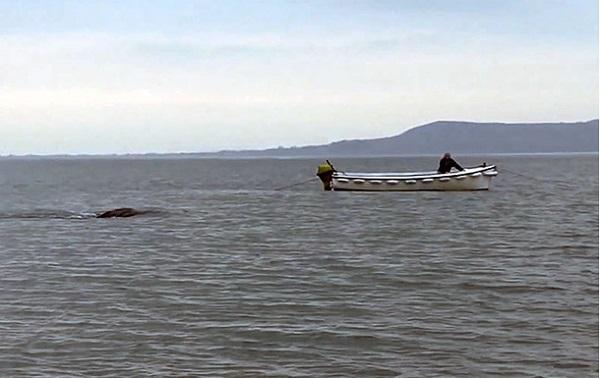 Kazakhstan is acquiring new naval mines to help defend its shores on the Caspian Sea from marine invasion. Kazakhstan's Ministry of Defense made that announcement just days after Russia's military created a stir by announcing it was acquiring a new marine assault vehicle for its Caspian Flotilla.

"Today, the conception of defense of the Caspian Sea from amphibious landings of a notional enemy are being discussed. Here we can use models being developed by our factory," said Valeriy Sptitsin, general director of the Zistko company. Spitsin was quoted in a press release by the Kazakhstan Ministry of Defense. "After development and testing we can use these models for defense of the Caspian shore," he continued.

This might not have otherwise deserved notice, except that it came just a few days after a minor stir in the Russian-language military blogosphere about Russia's potential for amphibious invasions in the Caspian. The Russian Ministry of Defense TV network published a report describing the introduction of a new marine assault craft into the Caspian Flotilla.

Russian military blogger Andrey Shipilov picked up the story and wrote a post entitled "Russia prepares for an invasion of the countries of the Caspian." He noted: "The equipment is purely offensive, the only function of which is to seize coastal territories. ... the only open question is which state's territory is the target of this necessity?"

Most of the speculation of a potential target focused on Azerbaijan, but Shipilov concluded his post somewhat inexplicably: "[Kazakhstan President Nursultan] Nazarbayev, by the way, also has been totally out of control recently." It's not clear what that meant; being out of control is more or less the opposite of Nazarbayev's modus operandi, especially when it comes to relations with Russia.

Kazakhstan has been worried about Russia's growing adventurism in the Caspian, though loath to complain openly. Is the Kazakh MoD's announcement -- made four days after Shipilov's post -- connected to the news about the new Russian assault craft? It may be a coincidence, but the timing is certainly curious.

Azerbaijan and Belarus have a strong potential for expanding economic cooperation in the production sector, Belarusian expert Yuri Shevtsov ...