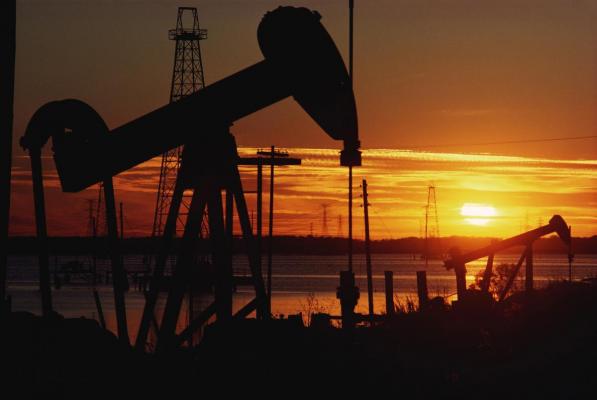 The meeting between OPEC and non-OPEC countries, which was initially scheduled for March 20 in Russia, will unlikely take place. Reuters, referring to OPEC sources reported that the meeting on a plan to freeze output levels in a bid to support prices will likely be hold in mid-April in Doha.

The biggest roadblock to a wider deal, according to OPEC delegates, is Iran, which didn't agree on the meeting.

Iran’s Oil Minister Bijan Namdar Zanganeh earlier said that in order to hold a meeting, a consensus is needed. He also said that considering the current condition the meeting will not be fruitful.

Purpose of the meeting

“Main question will be are they going to talk about a production freeze agreement or a production cut? The latter seems to be still too far fetched, so most probably we will see a continuation of the current unofficial dialogue that is going on at the instigation of Moscow,” Widdershoven said.

OPEC countries, especially the Gulf Cooperation Council countries under the leadership of Saudi Arabia and UAE, are looking at the current situation as very promising for the success of their current production strategy, the analyst believes.

The move that Moscow has made to ask for such a meeting before, already has shown Moscow's weakening position and the effects of the current OPEC strategy on its economic situation, he said.

“Moscow, however, will also not be able to concur to a possible production cut, which is technically a major issue for some of its high producing regions in Siberia. While at the same time, an export volume cut will also be hard to ask for, as Moscow doesn't have the necessary crude oil storage facilities in place to cope with additional volumes to be stored,” Widdershoven added.

OPEC (Saudi-UAE-Kuwait) will be pursuing current strategies, as non-OPEC is increasingly showing its pain, according to the analyst.

“Russia has asked for a new meeting in Moscow, the US is hurting a lot (as shale companies have a high debt position which can not be paid back at current prices, so a growing amount will go broke very soon), North Sea-Caspian-GOM (Gulf of Mexico), Brazil and others, are restructuring their oil sectors, as profits have plummeted, income has gone down and demand for their oil is low,” Widdershoven said.

Most probably the result of a meeting like this is that they further will be agreeing partly on a production freeze, to have the same export volumes on the market, waiting for higher demand in short term.

Some will for sure see it as an option to kill off its competition in the US, Canada, North Sea and Caspian region, he believes.

Possible freezing agreement and its impact on oil prices

In theory, OPEC and non-OPEC countries could all agree to a production freeze at the possible upcoming meeting, Widdershoven said.

However, domestic issues and geopolitical-economic conflicts will be preventing some parties to agree at present, expert believes.

Saudi Arabia will agree, but Iran economically and politically will not be able to agree to such an OPEC (Saudi Arabia) - Russia initiative, he said.

Still, according to Widdershoven, it makes sense for Iran as it will not only stabilize the market but also give it room and time to get ready for a potential increase later on.

“Iraq and Venezuela also need to be taken into account, as they will need higher income very soon. Still, they are constraint by their own OPEC membership and export regimes,” Widdershoven said.

Possible agreement on the production freeze would stabilize part of the oil market, as the largest producers would be willing to address the very volatile demand-supply issue, Widdershoven believes.

However, he said, it also would be slightly worrying as an OPEC-Russia cooperation is something new. The expert added that since the founding of OPEC, Russia has always been on the opposing side, along with the EU and the US.

“A possible rapprochement or outright cooperation could lead, in theory, to an OPEC 2.0 situation, in which this cartel holds the overwhelming majority of world's oil production and reserves. This will stabilize the supply side of the market and increase prices for sure, but also would increase volatility on the demand side in future,” Widdershoven said.

He added that some could argue that the current talks are part of changes taking place in geopolitics.

“The former focus of OPEC on the US, the EU and China seems to be heading now towards a deal with Russia and its supporters - Iran, Venezuela and some Caspian producers," he said.

"The role of Putin in this new approach should not be underestimated. The Middle East is, without openly stating it, very impressed by the assertiveness of Putin in Syria, and possibly Libya. Don't underestimate this in the oil markets as well, as the cooperation on basis of geopolitics in oil markets is nothing new,” Widdershoven said.

Oil has been rallying since late January on hopes that major producers will freeze production. The prices fell on Monday, as concerns that the market is oversupplied reappear. Brent crude was trading down 1.68 percent at $39.72 a barrel, while WTI fell 1.97 percent to $37.74 a barrel.

Widdershoven believes that possible agreement on oil output freezing could be effective even without Iran’s participation.

“Increased production will be possible but not soon, it will take several years, if ever," said the expert.

He went on to add that while Iran's participation in the oil freeze agreement is important, it won't in any way affect the agreement between the other countries.

Earlier Iran’s Oil Minister Bijan Namdar Zanganeh said that the country will not join the oil output freeze before increasing its oil output to four million barrels per day.

He added that Iran is ready to accompany with other oil producers on the issue after its production reaches the 4 million barrels per day level.

Tehran has rejected freezing its output at January levels which was agreed between some OPEC members and non-OPEC oil producers.

Iranian officials say the oil freeze agreement is a measure against the Islamic Republic.

Iranian government's spokesman, Mohammad Bagher Nobakht said earlier that “the move means that they don’t want to recognize Iran’s right to revive its pre-sanctions output”. The OPEC members should open space for the Islamic Republic’s output, he added.