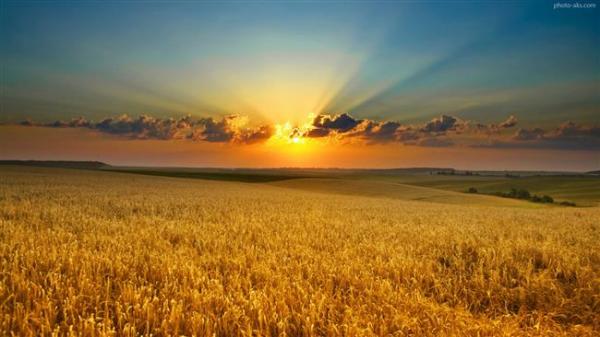 Harvests in the 2016/2017 crop season are on track to make the country self-sufficient in wheat for the second year running, the government’s official news website said.

“We are predicting that wheat purchases this year will exceed 10 million tonnes, which will certainly render the balance between the country’s wheat production and consumption positive and increase wheat stocks,” Hojjati said.

Purchases of wheat at guaranteed prices so far have hit 8.6 million tonnes, which are 500,000 tonnes more than the volume bought a year before, he added.

Last year, the government bought 9 million tonnes of the strategic commodity from domestic wheat growers which did away with the need for imports.

For imports of basic commodities such as wheat, rice, raw sugar, crude vegetable oil and medicine, Iranian traders usually get foreign exchange at concessionary rates from the government.

To protect farmers against cheap imports and to prevent imported grain being re-sold to the government at higher prices, the government has imposed import duties on wheat and barley.

Iran’s wheat production has experienced a cycle of boom and bust. Largely self-sufficient in wheat a decade ago, the country has turned to one of the world’s biggest importers.

While drought has taken a heavy toll on the Iranian agriculture, years of focus on oil revenues has left the sector underperforming as many farmers have abandoned their fields and moved to cities in search of alternative work.

Many producers, meanwhile, rely on the whims of weather and rudimentary operations for growing their crops. Erratic practices as such have left many of the country’s water tables, formed over hundreds of thousands of years, hitting bottom amid the protracted dry spell.

According to Agriculture Minister Hojjati, the government has a raft of plans to improve irrigation and seed technology. They include a target to introduce modern irrigation systems to 450,000 hectares of farmland.

"Given the area devoted to wheat, our problem is more to do with yields. We hope to be self-sufficient in wheat by raising yields," he was quoted as saying in January.

Iran has approached a number of countries for cooperation in food production. France, a leading producer of crop seeds, is one of them which Iran hopes would help improve its agricultural yield. A French delegation visited Iran last September with a focus on farming and food.

While Iran’s costly oil industry has siphoned investment away from agriculture, it has been employing few people. Unemployment has prompted the government to look again at agriculture as a key area to diversify economy and create jobs.

Iran has further launched agricultural cultivation overseas amid the lingering drought. According to Hojjati, the government has envisioned investment on 500,000 hectares of farmland in a number of countries to secure food supplies.

Kazakhstan, Ghana, Brazil and Serbia have been cited among the countries where Iran is seeking to grow crops. Water-intensive rice and corn crops as well as oilseeds and livestock inputs have been cited by Agriculture Ministry officials as the target products which Iran seeks to grow on farmlands overseas.

Food security is a serious matter for Iran, given the size of its population which has grown over 80 million while its food basket has begun shrinking.

Turkey’s state oil company will press ahead with plans for an initial public offering as soon as next year, but ...