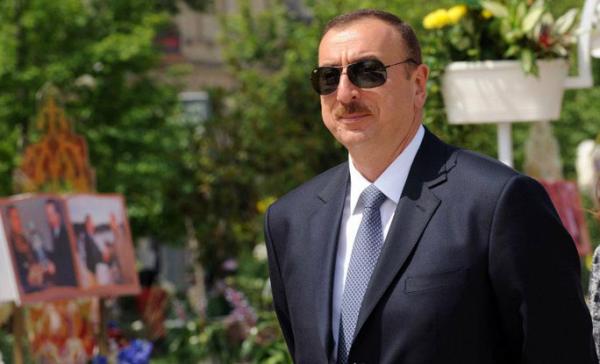 Azerbaijan's highest court on Monday approved an initiative by President Ilham Aliyev to extend the head of state's term of office to seven years from five, a step his critics see as illegal and undemocratic.

Ratifying an extension in the presidential term in the oil- and gas-exporting, ex-Soviet republic will require constitutional amendments and a referendum, the constitutional court said in a statement.

These changes would allow Aliyev, in power since 2003, to further tighten his grip on power after his third term ends in 2018. A 2009 referendum scrapped Azerbaijan's two-term presidential limit, effectively enabling Aliyev to rule for life, provided he keeps being re-elected.

"In Azerbaijan, three years in every five are dedicated to elections (presidential, parliamentary and local), and every poll needs a year of preparations," Syavush Novruzov, executive secretary of the ruling Yeni Azerbaijan Party, told Reuters. "That's why we think the president's proposal must be approved."

Critics see this move as a ploy to perpetuate Aliyev's rule, which has been marked by crackdowns on the political opposition, now small and disparate, and independent media.

"This amendment is illegal and undemocratic, and is an attempt to strengthen rule in an unconstitutional way," Ali Kerimli, an opposition Popular Front leader, told Reuters.

Azerbaijan is a significant exporter of oil and gas from the Caspian Sea to Western nations.

The authoritarian rulers of some post-Soviet nations like Caspian neighbour Kazakhstan, as well as Uzbekistan and Tajikistan, have amended their constitutions via plebiscites to prolong their reign.

In 2003, Aliyev, now 54, succeeded his father, Heydar, who ruled Azerbaijan initially as a Communist Party leader within the Soviet Union and then as president following independence.

At first, his rule benefited from an economic boom fuelled by oil pumped to Europe from a region where the West and Russia are vying for influence over huge energy reserves.

But a slump in global oil prices in the last two years has weakened the Azeri manat currency and contracted the economy.

Betting on Azerbaijan's strategic location at the crossroads between Europe and Asia, Aliyev has tried to strike a balance between Moscow and the West, notably on energy policy.

The mainly Muslim country of 9 million people is crucial to Europe's hopes of reducing its energy dependence on Russia, a fact the opposition says has diluted Western criticism of Aliyev's style of rule. (Writing by Margarita Antidze; editing by Dmitry Solovyov and Mark Heinrich)

IIKSS - Iran and Azerbaijan are boosting trade and transportation ties, following the new agreements reached during a ...