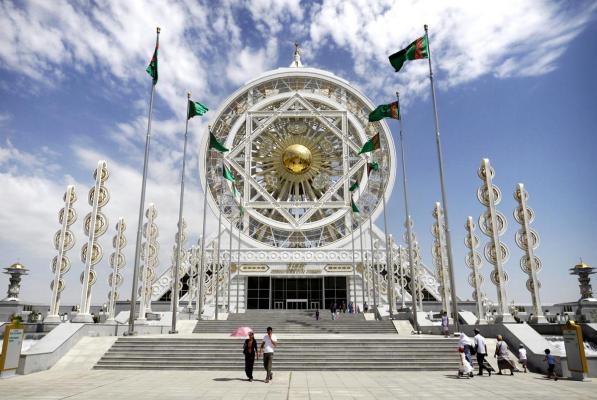 Turkmenistan plans to hold a summit of heads of Azerbaijan, Turkmenistan and Turkey by late 2016, where the prospects of the Trans-Caspian gas pipeline construction, in particular, will be discussed, a source close to the negotiations told Trend July 25.

According to the source, Ashgabat, Baku and Ankara regularly discuss the possibilities of supplying Turkmen gas to Europe.

In particular, the issue is the implementation of the project of laying the Trans-Caspian pipeline to the coasts of Azerbaijan, from which Turkmen gas can be delivered to Turkey and then to the European countries, the source said.

Ashgabat believes that the consent of the sides, covered by the project, that is, Turkmenistan and Azerbaijan, is sufficient for laying the pipe through the bottom of the Caspian Sea, the legal status of which has not yet been defined.

Azerbaijan expressed its readiness to deliver its territory, transit opportunities and infrastructure for implementing the project.

The multilateral talks on the Trans-Caspian project were held in Ashgabat in May 2015. The top managers of the fuel-energy sector of the interested sides attended the talks.

Turkmenistan, Azerbaijan, Turkey and the EU signed a declaration on the development of cooperation in the field of energy.

IIKSS - The Azerbaijan-Kyrgyzstan cooperation in transit transportation has good prospects and it can be beneficial to both ...

Russia to provide Iran with €2.5 billion infrastructure loan   According to the minister, the allocation of the funds depends on ...

Iran in talks with China, Russia lenders on finance hub plan   Iran plans to set up a ...