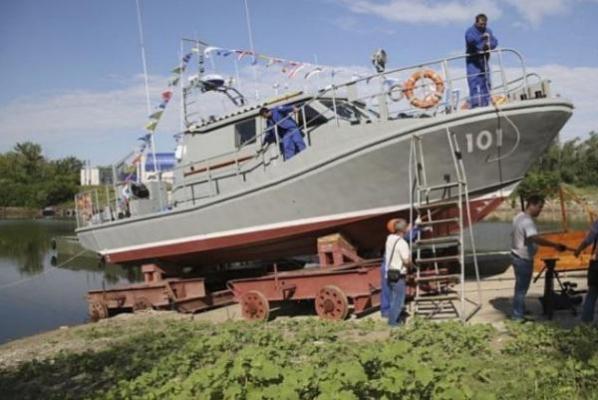 Kazakhstan has launched its first modernized special forces ship for the country's naval forces, the ministry of defense announced.

Built domestically, the ship will guard against underwater sabotage in port security operations, the ministry said.

The vessel is also equipped for detecting, classifying and determining the movements of combat swimmers while also offering modern communication and navigation capabilities.

The 42-foot-long ship launched in Urlask and will make its way to the Caspian Sea to go through factory mooring, driving and acceptance tests before it takes on missions.

Commissioning of a combat unit is an important step for the Kazakh navy due to the increased geopolitical and economic importance of the region, the MOD said.

The plane, an Airbus A300B2 of Iran’s flag carrier, Iran Air, had just taken off from the southern Iranian coastal ...

Putin to visit Kazakhstan, Tajikistan, and Kyrgyzstan on February 27–28