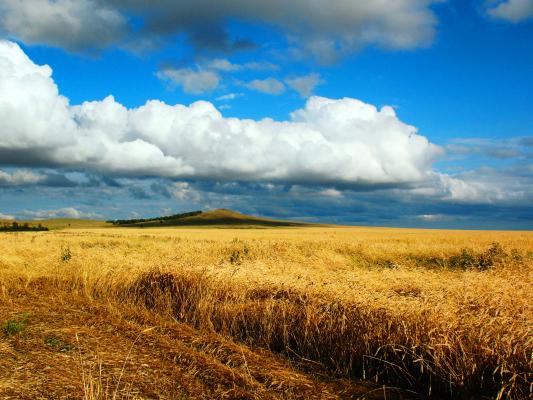 Kazakhstan’s wheat production for market year 2016-17 is forecast at 13 million tonnes, same as the previous estimate, the U.S. Department of Agriculture’s (USDA) Foreign Agricultural Service (FAS) said in a July 15 report. Market year 2016-17 production is down significantly from the record 22.7 million tonnes in 2011. While weather was favorable during the 2016 planting, the crop is still in its early growth stages. The level of rains in August will ultimately determine the size of production.

Food, seed, and industrial consumption for wheat is expected to remain unchanged at 4.8 million tonnes in market year 2016-17. Flour consumption is expected to grow in tandem with population growth. Feed use of wheat in market year 2016-17 is forecast flat. Although wheat remains the most fed grain in Kazakhstan for livestock, most of the increase in feeding in future years is expected to be in barley and other feed grains and grasses because of the government’s strategy to increase area to these crops. As of June 1, nearly 85% of wheat is used for food consumption, 10% for seed and 5% for feed.

During May wheat prices increased between 18% and 24%, largely because of decreasing stocks. As a reaction to this price increase, millers increased prices for wheat flour. The price for premium class wheat flour increased 15% and 1st class wheat flour increased 16%. A number of factors led to the increase in wheat prices: the U.S. dollar, Russian ruble, Kazakhstani tenge exchange rate fluctuations, decreasing supply of wheat in the market along with a decrease in mill stocks and higher international prices in Europe and Russia for wheat.

Iran and Kazakhstan signed a memorandum of understanding for a grain terminal project. The project is to be built in 2016-17 on the border between Turkmenistan and Iran on the IncheBurun railway station. It is projected to have a 10,000-tonne storage capacity. This infrastructural project will help Kazakhstan continue to export to Iran and the Persian Gulf countries.