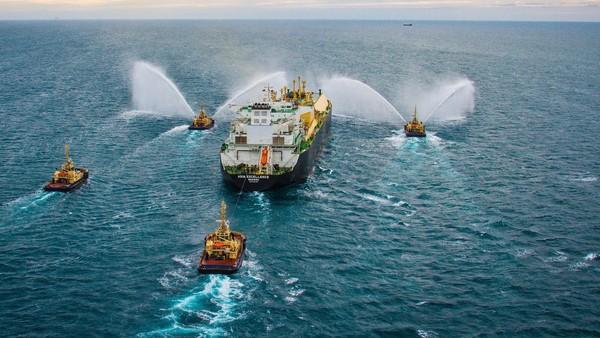 Oil companies have tens of thousands of employees, tens of billions of dollars in reserves, and decades of experience in running large investment projects.

Yet time and again big oil companies prove themselves incapable of completing their projects on time and on budget.

In 2009 Chevron’s Gorgon, a liquefied natural gas project in north-west Australia, was expected to cost $37bn and start production in 2014. It has ended up costing about $54bn and came on stream this year. Soon after it started, it suffered a gas leak that meant production had to be shut down.

Kashagan, a $50bn oil development in the Caspian Sea in Kazakhstan, took nine years to move into production after it was given the go-ahead in 2004.

Within weeks of celebrating first oil, the international consortium running the project was forced to shut it down after corrosive gas was discovered to be leaking from pipelines. Production is expected to restart next year.

Those are far from isolated occurrences. A study of 365 oil and gas “megaprojects” by Ernst & Young, the professional services firm, found 64 per cent faced cost overruns and 73 per cent were behind schedule.

Of the 20 largest, only seven were being delivered in line with the budget approved when the final investment decision was taken. Three were running 75-100 per cent over their initial budget, and the average cost overrun was 23 per cent.

Analysis published in June by McKinsey, the management consultancy, showed eight recent large oil and gas projects had ended up costing more than twice as much as originally estimated.

“The industry has got a real problem,” says Chris Pateman-Jones of Ernst & Young. “Projects are becoming larger and more complex and more challenging . . . Even if they were to hit their targets, they could still be uneconomic.”

Such analysis illustrates the quandary facing the oil majors such as BP and Chevron, challenged by the boom in shale oil and gas production from their smaller, nimbler rivals in North America and by state-controlled rivals in resource-rich countries. Their fortunes are also threatened by policies to cut carbon dioxide emissions that are curbing demand for fossil fuels.

Yet with oil prices low and capital spending plans slashed, the prices of oil services and equipment are falling. So, this could be a good time to start spending on projects that will come into production as oil prices recover.

But such a strategy will only pay off if those projects are completed efficiently. “To reap the benefits of investing in these large projects at the bottom of the cycle, it’s critical that the operators deliver them on time and on budget,” says Angus Rodger of Wood Mackenzie, the research company. “The industry’s recent record at delivering major projects has been dismal, so that needs to improve.”

Even before the oil price crash of 2014, large developments were falling out of favour because of rising costs and declining profits across the sector. In 2007-13 there were about 40 large projects approved by the oil and gas industry worldwide each year, Mr Rodger says. Last year there were just eight, and this year there are likely to be about 10.

Chevron has signalled a shift away from large projects towards smaller investments, including in shale in North America.

But even those that do have shale reserves find it hard to compete with their smaller, more agile rivals such Devon Energy and EOG Resources, which have made all the running in the industry. In shale, bigger is not better.

For big oil companies, projects such as deepwater oilfields or liquefied natural gas plants will continue to be critical to their future.

There are steps that they can take to improve the economics of those investments, some of them learned from other industries.

One is to use new technologies to cut costs. 3D printing, for example, can reduce the need for large inventories of parts to be kept or delivered to projects that are often in remote locations. Another is better contract design that gives suppliers an incentive to hold down costs.

“The history of the industry is that there has been an adversarial relationship between operators and contractors not because they are bad people, but because the business incentives set it up that way,” Mr Pateman-Jones says. “I think we will move to much more effective ways of delivering projects.”

If projects cannot be made more efficient, he adds, then they may never get off the ground. “If I were investing in some of these really big projects, I would be questioning whether they really made sense over a long period of time.”

IDEA Public Union, which is aimed at promoting public awareness of environmental issues, organized another beneficial campaign in the country. This ...

IIKSS - Qatar has offered Azerbaijan to organize a forum of Islamic countries on the eve of the ...