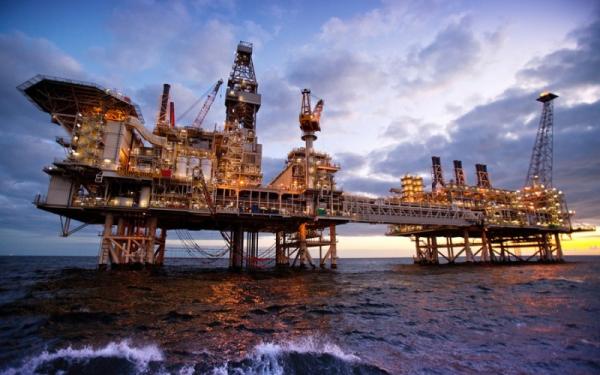 With the emergence of new global terror trends, the potential for terror-based disruptions to Caspian energy investments and the oil industry in Central Asia and the Caucuses is causing concern.

The effect of terrorism and the rise of ISIS on Middle Eastern oil sources has not gone unnoticed by global media. Less observed, however, has been the potential for terror-based disruptions to the oil industry in Central Asia and the Caucuses. A few recent events have pointed to Caspian-area terror links, including the recent killing of a Georgian ISIS leader in Iraq, and the identification of the Uzbek, Kyrgyz and Russian attackers at Istanbul’s airport. A recent major terrorist attack in Kazakhstan should also be turning heads towards this hotspot of oil production. Though the fire has not yet started, the kindling is ready.
Oil-rich Central Asian states

The former Soviet Central Asian states are becoming increasingly important sources of energy to the West, most prominently from Kazakhstan and Turkmenistan. Chevron’s recent investment of $36.8 billion into Kazakhstan’s oil industry highlights its importance. With some of the West’s largest oil producers so heavily involved in the country, the recent terror attack in Kazakhstan’s Aktobe airbase, which killed 17 people, should be of key importance.

ISIS did not claim responsibility for the Aktobe attack, yet the U.S. State Department reported 150 Kazakh fighters in ISIS’ ranks in 2015, and potential ties between Aktobe and ISIS are still being investigated. Whether or not a connection is found, Kazakhstan’s large number of ISIS fighters make it a potential future terror target, as ISIS increases its calls for fighters to attack in their homelands instead of traveling to Syria.

Turkmenistan will be another major petroleum source for the West and should be considered a vital asset to the future of Caspian oil. The coming Trans-Caspian line from Turkmenistan to the Caucasus is a major engineering event and would be a dangerous target for local extremists. There are no reported numbers for Turkmen citizens in ISIS, but its predominantly Muslim population (89%) and proximity to other vulnerable states presents a challenge to its future. The opportunity for Turkmen gas is very exciting to investors involved in both the Southern Caucus Line as well as the Trans-Anatolian, and disruption to its creation would be detrimental to both investors as well as the energy infrastructure.

Tajikistan is particularly a risk to its oil-producing neighbors, as it has reportedly 700 citizens now fighting for ISIS. Not a significant oil producer, but with a high number of ISIS fighters in Syrian and Iraq, as well as its border with Afghanistan, Tajikistan could prove a hotbed for Central Asia’s terror risks. As the potential for terror grows in this vulnerable state, the potential for the spread of extremism to its neighbors will increase.

Each of the Central Asian states remains opposed to terror and radical Islam, and their preventative actions will prove vital to energy security in the region. Even those states which are not considered major players in oil investment must be watched, as they are still crucial for regional security.
The Caucasus

ISIS has proven to be a vengeful organization, calling for retaliation when its leaders are killed, as well as calling for fighters in foreign countries to attack their homeland. This makes Georgia, another country called into consideration via recent terror activity, a country of focus. A Georgian ISIS leader known as “the Chechen” was recently killed in a U.S. airstrike in Iraq, and it is very likely the effects will be seen both in ISIS’ ranks, as well as their activity in his homeland.

Georgia and the North Caucasus have a history of Islamic extremism predating ISIS. ISIS has proven the ability to detract followers from other extremist sects and grow local factions in countries around the world. It is very likely that Georgia and its neighbors will see a growth in local terrorism in the coming years, posing a further threat to energy investors.

Georgia and Azerbaijan are key players in the Caspian energy sector; Azerbaijan is a major producer and connection to Turkmenistan, and Georgia holds the key to the Southern Caucus line (Baku-Tblisi-Ceyhan). This infrastructure is vital to Europe’s energy independence pursuits, bringing non-Russian gas from the Caspian sea. Georgia’s turbulent history with Islamic extremism could flare up in the near future, pairing with the diversification of ISIS and posing a major threat to those involved in the Caucus energy system.
What to watch in the Caspian region

No events have occurred in the Caspian region on par with the Istanbul bombings or Paris attacks, but whispers of future risks are popping up in both Central Asia and the caucuses. It will be the task of investors to carefully observe extremist activity in these countries. Though each state in the region remains opposed to extremism, some central governments remain weak. Their success in mitigating damages will be key for the future of security.

It will also be important to watch ISIS’ development, as the organization shifts away from calling fighters to Syria, and encourages violence in their members’ home countries. The key nations identified here must be in focus, as their high numbers of ISIS fighters make them vulnerable to future attacks. It is very possible that the Caucasus and Central Asia become the next hotbed for Islamic extremists, and this should not go unnoticed by investors in energy infrastructure.