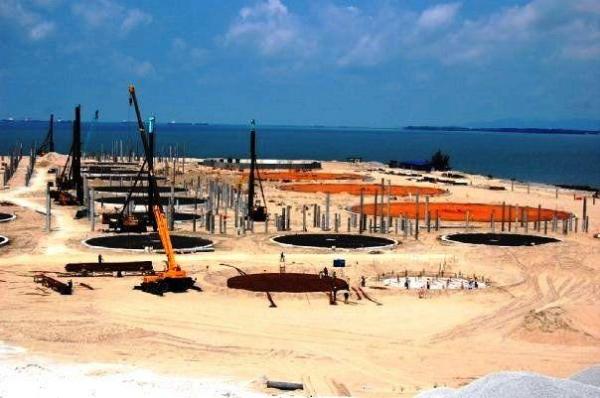 The first session of a working group to analyze potentials of a Caspian transportation and logistics hub and to prepare proposals on its efficient implementation was held at the Russian Ministry of North Caucasus Affairs on Wednesday, the ministry press service reports.
"The development of the International North-South Transport Corridor and the upcoming signing of an Iranian-Russian agreement on a ‘green corridor’ will increase trade and necessitate new capacities," the press service quoted Minister Lev Kuzhetsov, who chaired the session.

"To solve this task we suggest first of all engaging potentials of the Makhachkala port (in Russia’s republic of Dagestan)," it said.

The port of Makhachkala is the only non-freezing port of the Caspian Sea and is ready to receive cargoes throughout the year unlike two other Russian ports of Olya and Astrakhan.

According to Deputy Minister of the North Caucasus Affairs Andrei Reznikov, who chairs the working group, the turnover of the three ports is seven million tons, and could be at least doubled. "A possibility exists to increase turnover to 15-22 million tons a year," he said.

The press service quoted ministry officials as saying the setting up of a Caspian hub would be expedient in view of "a prospect to increase flow of cargo not only from Iran, but also from India."