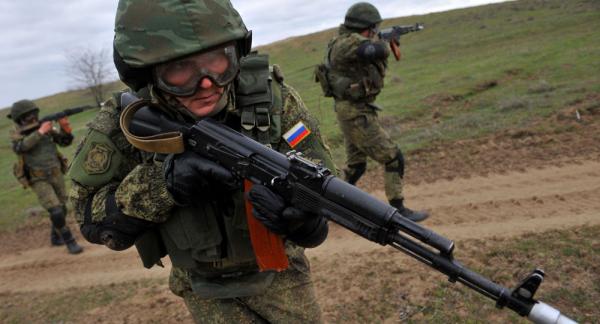 Joint exercise on war footage has been started in the Southern military district. As the Russian Defence Ministry reported, it involves units located in the North Caucus and the Crimean federal districts, as well as military units in Armenia, Abkhazia and South Ossetia.

'The Air Forces, air defence, Black Sea Navy and the Caspian Flotilla, as well as all the military units of the Southern military district have been put on the highest level of alert,' the press service stated.

Special attention is paid to cooperation of military staffs and command centres.

Marine battalions of the Caspian Flotilla including more than 10 battle ships have been alarmed in Dagestan. In Armenia more than 4,000 people and about 600 units of military equipment are involved.

'The Air Defence forces, fighter and army aviation have been also put on alert,' the Russian Defence Ministry claimed.

In Tajikistan military of the Russian 201st base have been alerted. The whole staff is engaged. Exercises are being held in two camps, that is in the city of Dushanbe and Kurganteppa.

As Pravda.Ru reported, over 40 staff and 20 command exercises, about 50 tactic and special tactic exercises are to be carried out within Strategic Rocket Forces of the Russian Federation till the end of the year.

Russian army put on war footing in the South
0
0

Azerbaijan will start issuing electronic identity cards of a new generation starting from September 1. To obtain the document, ...