Elena Dunayeva: "Azerbaijan is a link between Russia and Iran" Political and military events 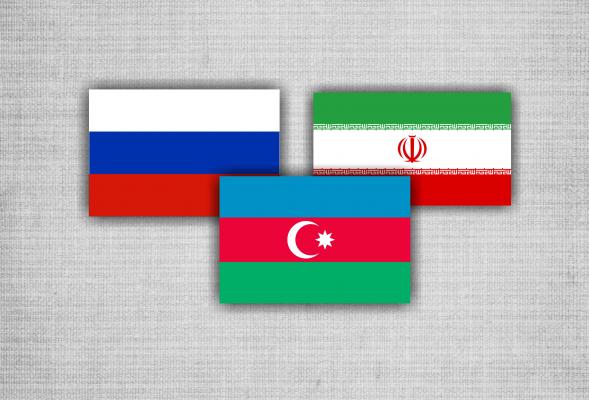 The meeting of presidents of Russia, Azerbaijan and Iran will be held in the first decade of August. A senior fellow at the Center for the Study of the Middle East of the Institute of Oriental Studies of the Russian Academy of Sciences, Elena Dunayeva, told Vestnik Kavkaza about the Russian-Iranian-Azerbaijani relations.

- What unites Russia, Iran and Azerbaijan these days?

- The three countries are united by the need to solve a whole set of problems. These problems are of political, economic, cultural and humanitarian nature. First of all, the leaders of the three countries are concerned with the control of the situation in the region and prevention of extremism, terrorism and separatism, the situation in the Caucasus and the strengthening of religious Islamic extremism.

- The second question is, of course, the Caspian issue, which involves three states. For more than 20 years the Caspian states have developed a convention on the legal status of the Caspian Sea, the solution to many issues – oil, the supply of hydrocarbons through the Caspian region – depends on which.

- The summit of the heads of the five Caspian littoral states will be held in 2017 in Astana. Can we expect breakthroughs from it?

- They have to solve a set of  environment and transport problems. Much has already been done in this direction, but the last steps will depend on the position occupied by Iran and Azerbaijan. In this respect, perhaps, Russia's influence as a historical user of this sea will be of some use. The Caspian region is a whole bunch of problems. There are problems of drug trafficking, organized crimes and the penetration of extra-regional forces into the Caspian Sea region, which is opposed by both Russia, Iran, as well as a bunch of economic problems.

- What economic issues can be discussed at the Russian-Iranian-Azerbaijani summit?

- All three states are oil-producing countries, oil exporters. The problem of oil prices, coordination of policy on oil exports, the adoption of joint solutions in this field can be mutually beneficial for the three states. Russia's ties with Iran mainly pass through the territory of Azerbaijan. Access to the full power of connecting the railways of Iran, Azerbaijan and Russia through the so-called western branch of the North-South corridor; solving of problems to ensure the uninterrupted transit on Azerbaijan's highways from Iran and Russia – these are the most urgent issues, without which further economic cooperation between the three countries is not possible. Azerbaijan and Iran are interested in joining the EEU free trade zone and Russia welcomes these contacts.

Today in both Moscow and Tehran they say about possibility to reach the level of strategic partnership. Russia and Iran have common approaches to solving the major problems of the world order and the region. We share the common view that a polycentric world order is required. Our positions on combating terrorism and separatism are quite close to Iran's positions, we have common approaches to solve the problems in Afghanistan and Syria.

Iran is interested to work with Russia in solving the Nagorno-Karabakh conflict. This allows to create a certain foundation for the strengthening of relations in the political sphere, raising them to a higher level.

The main problem today is to strengthen the foundations of economic relations. Unfortunately, it has been neglected because of the sanctions imposed against Iran, major Russian banks and companies were not interested in developing cooperation with Iran. Now these obstacles are gradually being removed, and an opportunity for the expansion of these relations is being created.

Russia and Iran have already signed a contract for reconstruction of two power plants in Iran, on the electrification of railways, on participation in the projects in the oil and gas sector in the South Pars field. The problems are being solved at the management level, but the bureaucracy, corruption, a number of unresolved legal issues are still limiting the broad development of economic ties.

The shadow of the government of the Russians be continued