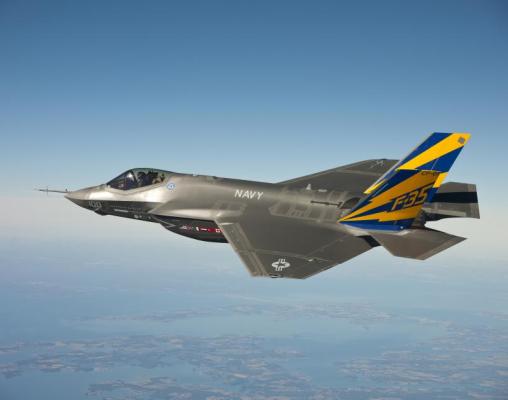 The controversial F-35 Lightning aircraft has been in the news several times over the last week, from problems with software tests to a Russian radar system that can allegedly detect the super-advanced fighter plane.

According to Aviation Week, the Block 3F software load is almost ready to be declared operational, but is still running into errors that could cause the systems to need to be rebooted while the plane is in operation. Expected to be available for operation tests on June 30, 2017, the Block 3F load was still displaying unexpected shutdowns on July 11.

Block 3F is anticipated to be the final software that will bring the F-35 to combat readiness. Block 3i software, which was used for testing but did not include the complete weapons package, also displayed unexpected shutdowns during testing, but is still on track for initial operational capability this year. The 3F software packages shut down both on the ground and in flight during tests at Edwards Air Force Base in California.

Marine Corps representative Lt. Col. Richard Rusnok said that “anomalies” like this one aren’t unusual during developmental testing in fighter jets. The F-35 is under particularly high scrutiny because of its cost (the military estimates $80 million per craft) and setbacks with the technology involved, including the ejection system.

The military has not yet approached aircraft maker Lockheed Martin for alternatives to the error-prone F-35A ejection seat, said a report from Defense News. The Martin-Baker US16E seat was found to have a high risk of injury for pilots under 136 pounds. In response, Martin-Baker modified the head support panel and the software in order to try to improve safety. Lockheed Martin has not been asked to look into integrating another type of seat, said the aircraft company’s executive VP Jeff Babione.

Meanwhile, Russia’s Podsolnukh (Sunflower) short-range radar may be able to detect the fifth-generation plane. Sputnik News detailed the radar, which can monitor up to 310 miles (500 kilometers) away and operate in an autonomous mode. The short range over-the-horizon surface-wave radar can be used for surface, air, and ocean monitoring. So far, three have been placed at the Sea of Okhotsk, the Sea of Japan, and the Caspian Sea. Developed by OJSC NPK Niidar, they can be used to monitor piracy and illegal fishing as well as for the military.

Russia is concerned that the mutual exchange of fire between Israel and Iran on the Syrian territory as well ...