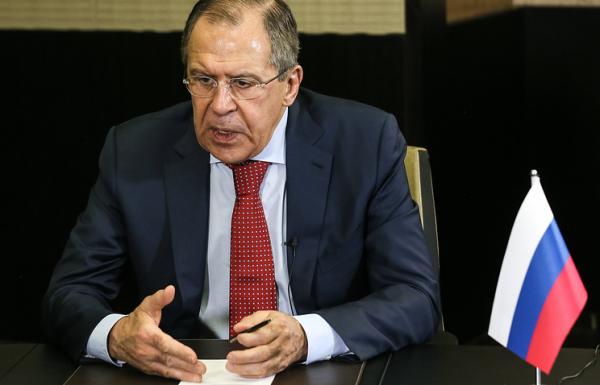 The Russian side confirms the plans to hold a meeting of the leaders of Russia, Iran and Azerbaijan in the short run, Russian Foreign Minister Sergey Lavrov said on Tuesday at a joint news conference with his Azerbaijani colleague Elmar Mammadyrov in Baku.

"This meeting will be held in the very near future," Lavrov said, commenting on the three countries’ regional cooperation format.

"We have launched a new format of regional cooperation - Russia-Azerbaijan-Iran," the minister said. "The three ministers met in April and we had the task to prepare a summit meeting between the presidents of Russia, Azerbaijan and Iran."

The Russian, Azerbaijani and Iranian foreign ministers met in Baku on April 7, 2016. They agreed then to begin the discussion on the preparation of a trilateral summit. The parties also discussed economic cooperation and agreed to accelerate the work on the Convention on the Caspian Sea status.

The issue of the trilateral meeting of the Russian, Iranian and Azerbaijani president is being considered, and the corresponding agreement may be reached next month, Azerbaijani Foreign Minister Elmar Mammadyarov said after talks with Lavrov.

"We discussed the North-South transport corridor project. An agreement has been reached on a meeting of the presidents of Russia, Azerbaijan and Iran for talks on the project. We hope to get the final approval next month," Mammadyarov said.

According to him, "the three countries completely share the idea that it is necessary to boost the development of the North-South transport corridor that has great economic prospects."

‘This Orient Isle: Elizabethan England and the Islamic World’, by Jerry Brotton

In 1579 Bernardino de Mendoza, the Spanish ambassador in London, wrote to his masters in Madrid to report that numerous ...