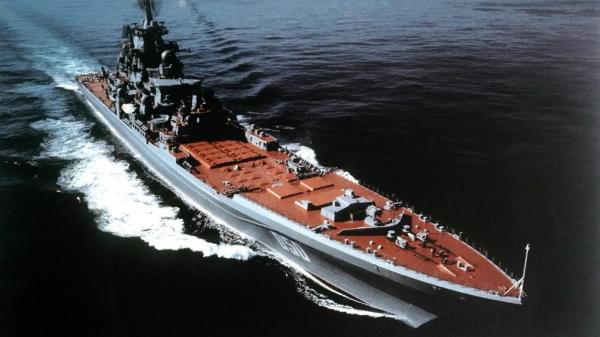 Russia is investing tens of millions of dollars to refurbish a pair of hulking Cold War-era ships, outfitting them with Moscow’s latest anti-air and ship defense systems and next-generation missiles.

The nuclear-powered Kirov-class battlecruisers were developed in the late 1970s and still rank among the world’s largest surface combat ships.

Related: Move Over, F-35: Russia Has Raised the Stakes for Next-Generation Fighters

Today, only one of the four Kirov-class ships -- the Pyotr Velikiy (Peter the Great) -- is in service, but that will change, as will the compliment of weapons aboard the vessel. Last month a defense industry source told TASS, Russia’s state-owned news agency, that the decades-old battlecruiser will get a major refurbishment.

“The Pyotr Veliky will start repairs in the third or fourth quarter of 2019. Repairs and upgrade are due for completion in late 2022, the ship to be equipped with Zircon hypersonic anti-ship missiles,” the source said. “The missile is undergoing development testing and will enter service if it passes.”

However, it’s unclear if the Zircon, which said to have a range of 250 miles and can reach speeds over Mach 5, even exists.

Other weapons that could be put on the vessel include the family of Kalibr cruise missiles, the type that Russian ships launched from the Caspian Sea against targets inside Syria; as many as 80 anti-ship missiles; and a sea-based version of the S-400 missile defense system, according to FoxtrotAlpha.

Related: The Pentagon Unveils the Helicopter-Plane of the Future

The upgrades promise to transform the monstrous ships into floating missile wagons, the most powerful and heavily armed on the high seas. The improvements are in line with Russian military thinking on naval warfare that the best way to take out a threat is to simply overwhelm it.

The refurbishments are the latest in what is now a years-long series of moves by Russian President Vladimir Putin to modernize the country’s military, and while there’s some question about the utility of these ships, they could serve an important propaganda purpose: There is no country in Russia’s sphere of influence that would want to see them parked off their coast.

The Iskander-M missiles have been launched from Russian Kapustin Yar Range near the city of Astrakhan, according to ...