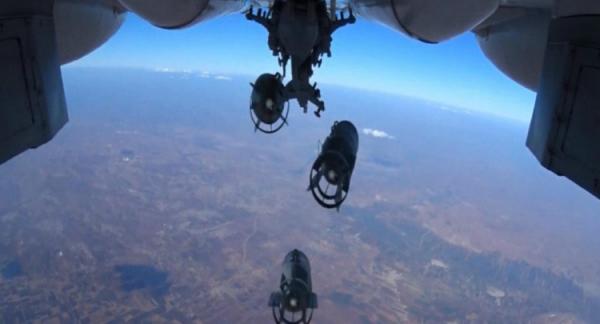 Russian long-range bombers destroyed on Tuesday a large camp for ISIL in Palmyra in the eastern countryside of Homs province.

The Russian Defense Ministry said in a statement that six Russian Tu-22M3 long-range bombers took off from an airbase in Russia on Tuesday and directed strikes to facilities and positions for ISIL terrorist organization to the east of Palmyra and in al-Sukhneh and Arak areas in Syria.

According to the Ministry, the strikes destroyed a large field camp for ISIL, three weapon depots, three tanks, four armored vehicles, and eight vehicles equipped with heavy machine guns, in addition to killing a significant number of terrorists.

Since September 30th 2015, the Russian Aerospace Forces have carried out hundreds of air strikes against ISIL positions in Syria, which resulted in destroying thousands of terrorist targets including facilities, workshops for making shells and explosive devices, command centers, training camps, and arms, munitions and fuel depots.

Iran bridge role for india and russia relation Iran’s President Rouhani and the Indian PM Modi have emphasized on ...