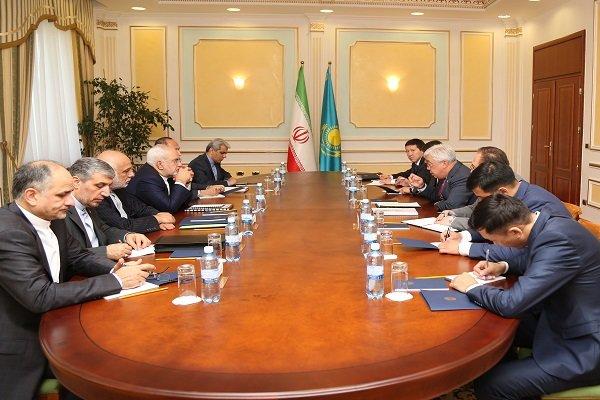 Foreing Minister Mohammad Javad Zarif, who is in the Kazakh capital Astana to attend the meeting of Caspian Sea littoral states’ foreign ministers, held talks with his Kazakh counterpart Erlan Idrissov on Wednesday.

Representatives of the five littoral states including Iran, Russia, Kazakhstan, Azerbaijan, and Turkmenistan attended the meeting today to discuss coordination of the Convention on the Caspian Sea legal status.

The negotiations on the legal status of the Caspian Sea were launched nearly 20 years ago, and now, according to Zarif, “differences about the Sea’s long-overdue legal regime have lessened.”

Zarif was however cautious about being too optimistic about the conclusions of the Wednesday’s meeting, given the remaining issues that needed to be addressed in future meetings.