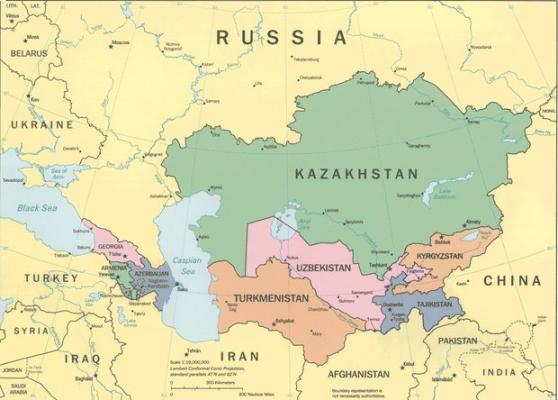 Foreign ministers of five Caspian Sea littoral states including Iran will gather in the Kazakh capital for a two-day meeting on July 12-13 to discuss the legal status of the Caspian Sea, Russian FM spokeswoman said Thu.

Russian Foreign Ministry quoted spokeswoman Mariya Zakharova as making the announcement during her press conference on Thursday, adding foreign ministers of Iran, Russia, Kazakhstan, Azerbaijan, and Turkmenistan will come together for the sixth time to discuss cooperation between the Caspian states in determining the legal status of the Caspian Sea.

Determining the legal status of the Caspian Sea is a priority for all the littoral states and is considered as a significant area for political cooperation, she added.

She further noted that representatives of the littoral states would also discuss five-way cooperation in other areas including economy, security, transportation, environment as well as regional and international issues.

It is planned to review and summarize the decisions adopted earlier by the presidents of the five Caspian littoral states in Sep. 2014 as well as outline a plan for future meeting in Kazakhstan, she added.

Last month, the meeting was held in Moscow at deputy level where Iran was represented by Deputy Foreign Minister for Asian and Pacific Affairs Ebrahim Rahimpour.