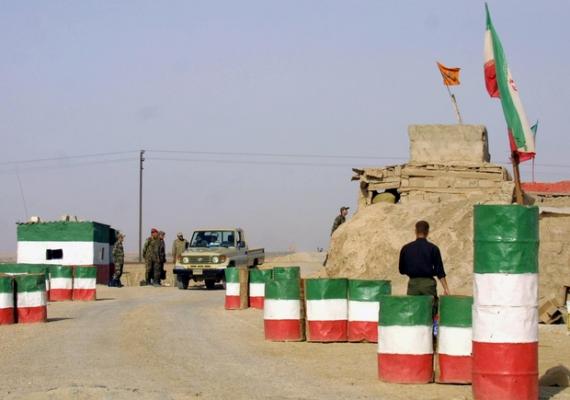 Arab rebels claimed responsibility for an attack on a petrochemical plant in the Iranian city of Ahwaz earlier this week.

The Hawks of Ahwaz, a separatist group established last year, released a statement on Thursday calling for resistance against the Persian “occupation” of Arab lands.

"The policies of the occupying Iranian enemy have crossed all red lines," the group wrote in a statement.

"The Arab youth of Ahwaz live with constant arrest, expulsion and execution. These violations by the Persian enemy...have left us no choice but to launch a painful and seismic response."

More than three million Arabs live in the province of Khuzestan in Iran, near the border with Iraq.

Many have long complained of discrimination by the central government of the Islamic Republic. The province has high unemployment and was ranked as having the worst air pollution in the world by the World Health Organisation in 2011.

In 2015, at least 78 people were arrested in Khuzestan province in anticipation of the 10th anniversary of mass demonstrations against Tehran.

Since the 2005 demonstrations at least 37 Arabs were executed in what Amnesty deemed “unfair trials”.

Last month, the Iranian Interior Minister Abdolreza Rahmani Fazli appeared to acknowledge some of the problems that the area was facing.

"There are 11 million people who live in shantytowns in Iran, three million of whom live on the outskirts of Tehran, Mashhad and Ahwaz. We have about 2.7 million people in marginalised neighbourhoods, which is a problem that can threaten the country, and the government must monitor their condition and be more watchful about changes in the communities,” he told a 6 June parliamentary session.

He added that there were “areas across the country where more than 60 percent of people are unemployed, and we should note that an unemployment rate of over 50 or 60 percent can cause irreparable social damage".

Khuzestan has been part of Iran since antiquity and was often referred to as Arabistan by the Persian rulers.

Since the rise of Arab national consciousness in the 20th century, however, many Arab nationalists both inside and outside Iran have called for Khuzestan to be “returned” to the Arab nation.

“Whenever the Arab world is discussed, forgotten are the five million Arabs struggling to survive under the Persian yoke in an Arab region bordering Iraq and the Arabian Gulf, rich with oil and gas,” wrote Emirati businessman Khalaf Ahmad al-Habtoor for Saudi-funded al-Arabiya in 2015.

“I would call on Arab countries – especially GCC states and their allies – to stand tall with our Ahwazi brothers so as to empower them on their journey to freedom.”