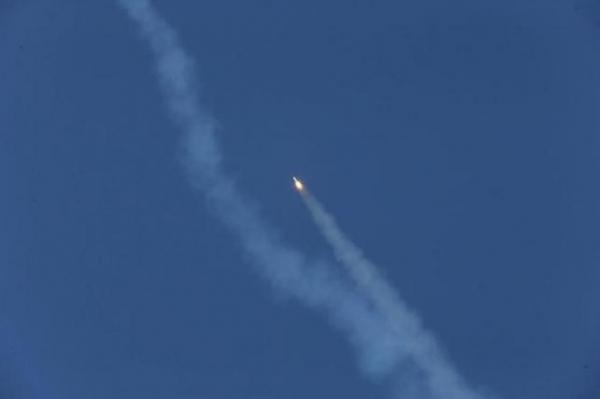 Iran has rejected as "unrealistic" a report by the U.N. leader that criticized its ballistic missile launches as inconsistent with its nuclear deal with world powers, the semi-official Tasnim news agency said on Friday.

The United States and its European allies said that by testing nuclear-capable missiles, Tehran had defied a U.N. Security Council resolution and urged U.N. Secretary General Ban Ki-moon to tackle the matter.

Reuters reported on Thursday that a confidential report by Ban had found Iran's missile tests to be inconsistent "with the constructive spirit" of the 2015 deal under which Iran curbed sensitive nuclear activity and won sanctions relief in return.

"We suggest that Mr. Ban and his colleagues... produce a realistic report...They should not yield to political pressures from some members of the (Security) Council," Tasnim quoted an unnamed Foreign Ministry official as saying.

Ban's report stopped short of calling the missile launches a "violation" of Security Council Resolution 2231, which endorsed the nuclear agreement that defused Iranian-Western tensions which had raised fears of a wider Middle East war.

His report said it was up to the Security Council to decide if Iran violated Resolution 2231 which "calls upon" Iran to refrain for up to eight years from activity related to ballistic missiles with cones that could accommodate a nuclear warhead.

Iran has consistently denied its missiles are designed to carry an atomic device. Ban's report said Iran had stressed that it had not undertaken "any activity related to ballistic missiles designed to be capable of delivering nuclear weapons."

The Council is due to discuss Ban's report on July 18.

Tehran has accused the United States of failing to meet its commitments under the nuclear deal, saying Washington should do more to lift its own sanctions affecting banks so businesses feel confident of being able to invest in Iran without penalty.

"I hope the Reuters report is not true ... I suggest that Mr Ban give a fair report ... in which he also mentions America is not fulfilling its commitments under the deal," the official said told the Tasnim agency.

The German government, responding to reports by its spy service that Iran has been trying to acquire nuclear technology in Germany, said on Friday certain forces in Iran may be trying to undermine the nuclear deal.

International sanctions on Tehran were lifted in January under the nuclear deal, but current U.S. policy bars foreign banks from clearing dollar-based transactions with Iran through U.S. banks.

Turkmenistan Diversifies Its Gas Exports To Reduce Reliance On China

Turkmenistan Diversifies Its Gas Exports To Reduce Reliance On China In January 2016, the Russian media reported that ...