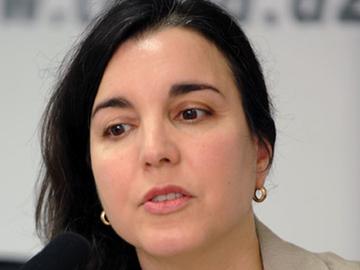 Ziba Norman: “Perhaps in the coming months we will see even deeper ties emerging between NATO and Azerbaijan."

NATO is aware of the need to secure the eastern periphery of Europe, to expand and deepen ties with countries that are not actually part of NATO, such as Azerbaijan, Ziba Norman, director of the UK Transatlantic & Caucasus Studies Institute, told Trend July 9.

She was commenting on the fact that Azerbaijani President Ilham Aliyev was invited to the NATO summit, which is taking place in Warsaw.

The two-day NATO summit kicked off in Warsaw July 8 with participation of Azerbaijan’s President Ilham Aliyev. The summit participants are discussing strengthening the stability beyond NATO borders, fighting terrorism, enhancing the defence capability and deterrence means of the Alliance.

“This is a very significant moment for NATO and the western alliance,” Norman said. “Brexit [UK’s decision to leave the EU] has forced a re-think of the structure of long-standing alliances that have maintained peace in Europe. Hence the importance of the summit in Warsaw, which confirms a unity of purpose, shows that NATO remains as strong and solid in its commitment to Europe irrespective of fissures in the EU.”

Azerbaijan has a significant role to play in maintaining security both for the Caucasus and Europe to prevent trafficking and terrorist activities in the Caucasus region, she added.

“Perhaps in the coming months we will see even deeper ties emerging between NATO and Azerbaijan,” the expert said.

Norman then commented on the Nagorno-Karabakh conflict, which was being discussed on the sidelines of the summit in Warsaw.

“Whilst the Nagorno Karabakh conflict issue is not the focus of these discussions, this is a matter for the Minsk Group, there are vey real reasons why NATO should consider progress on settlement more urgent than ever. And I believe they will,” she added.

The expert noted that following the Brexit, there is a palpable concern whether the UK will become more inward looking, have other considerations to negotiate, and how this might alter its place within NATO.

The EU and NATO are entirely distinct organizations, and much of the scare mongering commentary on this is speculative, she said.

“It may well be that the fissure in the EU make it more apparent that NATO relations need to be bolstered and supported,” Norman said. “In short, nothing will be taken for granted, and it may be a moment when NATO finds the resolve to stand together as never before. This could well have a very balancing and beneficial effect.”

Additionally, this may be a time when new alliances are formed, bringing with them benefits, she added.

Beyond Baku: Cargo carriers reach past the Caspian If the Azerbaijani government had its way, the capital city of Baku might ...