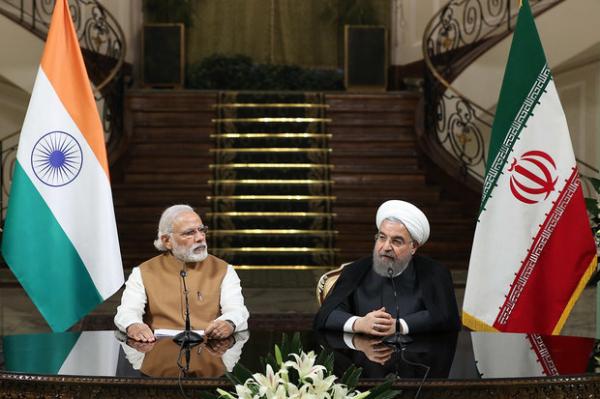 Iran's Hassan Rouhani has told India's Narendra Modi his country will remain committed to trilateral agreement on Chabahar, to which India is a party.

"The Islamic Republic of Iran is prepared to promote its ties with India to a strategic level," said President Rouhani in a telephone conversation with the Prime Minister Narendra Modi.

“It is essential for all parties to Chabahar agreement to address swift implementation of agreements as well as to advance plans agreed by the two countries,” Rouhani told Modi during the phone call which was initiated by Narendra Damodardas Modi.

Mr. Modi for his part congratulated Iranian nation and government on Islamic festival of Eid al-Fitr; “New Delhi is resolved to develop ties with Tehran in all fields," he said, concluding the phone call with an official invitation for President Rouhani to have an official visit to India.

Russia and the European Union continue to maintain extensive contacts concerning the implementation of ...

Russia: A Global Energy Powerhouse That’s Much More Than a Petro-State

Russia: A Global Energy Powerhouse That’s Much More Than a Petro-State   Russia is not what you think. Most discussion ...

IIKSS - Russia's Federal Security Service (FSB) said Saturday that it has detained a group of terrorists on ...