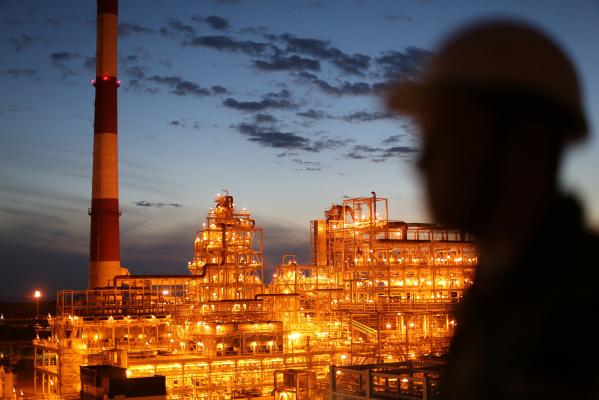 Vladimir Putin’s government is considering shifting the burden of oil taxes from the point of export to the point of extraction, a move that would eliminate the benefit of duty-free supplies enjoyed by neighboring Belarus and Kazakhstan, according to two officials familiar with the matter.

The nation’s Finance Ministry is assessing a plan to reduce to zero Russia’s oil-export duty from 2018, while increasing the tax on crude extraction, said two government officials, who asked not to be identified because the discussions are private. The move will bring additional budget revenue, one of the people said. While the proposal is not intended to raise the overall tax burden on oil supplies, it would increase the price paid by members of the Eurasian Economic Union, especially Belarus, another official said.

Russia’s shipments of duty-free oil to its EEU partners have been the subject of numerous disputes because the state loses revenue when some of the supplies are re-exported, one of the officials said. The tax change is set to be discussed by the government in August to October, he said.

The world’s top energy exporter is enduring the longest economic downturn of Putin’s 16-year rule. It relies on crude oil export duties and extraction taxes for about 23 percent of its budget. The government is running the widest deficit since 2010 after a slump in oil prices and is looking for options to cover the gap, including selling state assets, cutting spending and discussing a tax overhaul.
Belarus Dispute

The Kremlin decided to gradually cut the oil-export duty and increase the extraction tax in 2013 after a dispute with Belarus. Russia’s government in 2012 said it missed out on $1.5 billion of revenue after its neighbor exported products refined from duty-free Russian crude without paying export levies because it misidentified the fuel as solvent. Belarus denied the accusations.

In 2017, the Finance Ministry plans to set a ratio of 30 percent in the formula that determines oil export duty, down from 42 percent now, one of the officials said. The same preliminary ratio would be used for 2018 if there’s no decision to eliminate the tax, the official said.
Refinery Compensation

While oil prices in Russia, as well as Belarus, would increase if the plan is approved, the state will find a mechanism to compensate Russia’s most efficient refineries, as well as gasoline traders, including through “negative” excise taxes, the officials said. It would also offset the impact on oil projects that currently benefit from discounted export duties, one of the people said.

Russia gained 329 billion rubles in oil export taxes and 762 billion rubles from crude extraction levies in the first five months of this year, according to data on the website of the nation’s Treasury. Last year, the government decided to delay a planned export duty cut for 2016, citing a commodities slump.

Russia’s July oil export duty is set at $13.10 a barrel, while output tax, calculated at the end of the month, could be around $14 to $15, said Denis Borisov, director at the Ernst & Young Oil and Gas Center in Moscow.

“The slated tax move won’t increase Russia’s exports if the government finds tools to keep refineries’ margins at a sufficient level,” Borisov said. “There are more questions on how the state will compensate fields that have zero export duty now, whether they could face an increased tax burden.”

Norwegian provider of marine seismic technology for the oil and gas industry, inApril, signed a Letter of Intent (LOI) with Kazakhstan’s ...