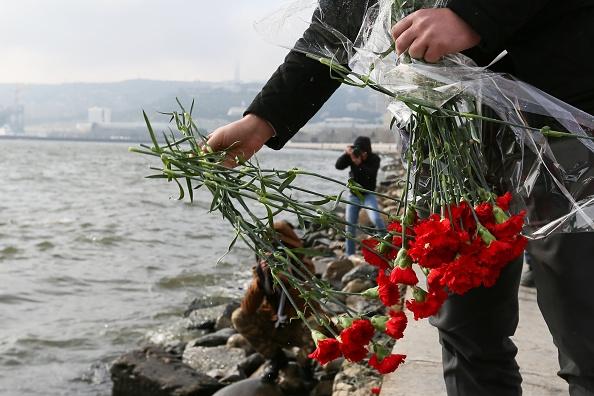 Azerbaijan, Russia, Kazakhstan, Turkmenistan and Iran, which are the five Caspian littoral states, have convened in Ashkhabad, Turkmenistan from January 27-29 to talk about the legal status of the sea. The Caspian Sea has been a cause of dispute for these states for over 20 years, and the latest meeting of deputy foreign ministers are still far from solutions.

During the drafting of the convention on the legal status of the sea in September 2014, significant progress was achieved providing legal guidelines for the comprehensive measures. However, there is still more room for questions to bring further advancements to the sea's legal status. Trend News Agency wrote that the comprehensive measures drafted in 2014 includes protection, primarily sturgeon, agreement on cooperation in preventing and liquidating emergency situations, and the Agreement on Cooperation in hydrometeorology of the sea.

While Turkmenistan and Iran are still negotiating their share, Azerbaijan, Russia and Kazakhstan have reached an agreement.

"We are in favor of the Caspian as a sea of peace and good neighborliness, we seek military building transparency here within the reasonable sufficiency limits. So that the Caspian states could solve all the issues related to the use of this water body," said Russian Foreign Minister Sergei Lavrov in a report by Vestnik Kavkaza.

One of the major reasons for the difficulty of determining the legal status of the sea is due to the identification whether it is a lake or a sea. This could have an impact in provisions fo international law and navigation. Azerbaijan supports the sovereign rights of the states as basis of the legal status of the Caspian Sea.Turkmenistan and Azerbaijan are still unresolved on their negotiations with the offshore oilfields, while Iran is not satisfied with its 12-mile coastline. All these factors hinder the littoral states to reach a single opinion and agree on it.

Azerbaijan’s state oil firm SOCAR says it is looking to revive trade with Iran as the two neighbors are ...

More and more countries are getting involved in a unique South Gas Corridor (SGC) project that will enable Europe ...