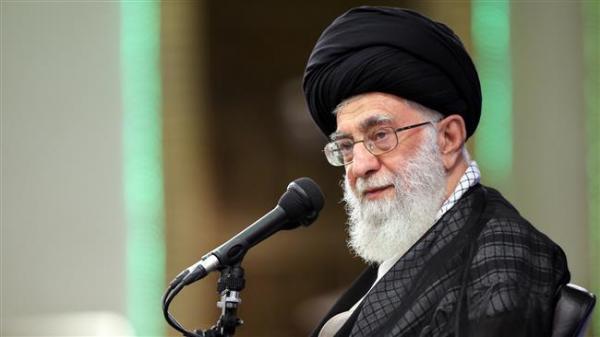 Leader of the Islamic Revolution Ayatollah Seyyed Ali Khamenei receives a group of university students and representatives of student societies.

The Saturday meeting in the Iranian capital, Tehran, gave the students the opportunity to openly express their opinions and demands as well as discuss major issues in the country with the Leader.

Iran’s historic nuclear deal, relations with the US, resistance economy, and the country’s future were among the important topics that Ayatollah Khamenei brought up in his speech.

While addressing the students, the Leader dismissed claims made by Washington pertaining to its willingness to engage in talks with Tehran over regional issues.

Ayatollah Khamenei said that Tehran is not interested in such coordination as the US’s main goal is to reduce Iran’s presence in the region.

The Leader also noted that the manner of implementation of the Joint Comprehensive Plan of Action (JCPOA) by the West proves that the US administration and Congress still maintain animosity towards the Iranians.

After Iran and the five permanent members of the UN Security Council – the United States, France, Britain, China and Russia – plus Germany started implementing the JCPOA on January 16, all nuclear-related sanctions imposed on Iran by the European Union, the Security Council and the US were lifted. Iran, in return, has put some limitations on its nuclear activities.

Trend: A unit for vacuum distillation of fuel oil has been introduced at the Turkmenbashi Complex of Oil Refineries (TCOR) built ...

Iran is ready to cooperate with Azerbaijan to develop fields in the Caspian Sea, said Iran's Minister of Communications and ...