'Israel root of all conflicts in ME' Political and military events 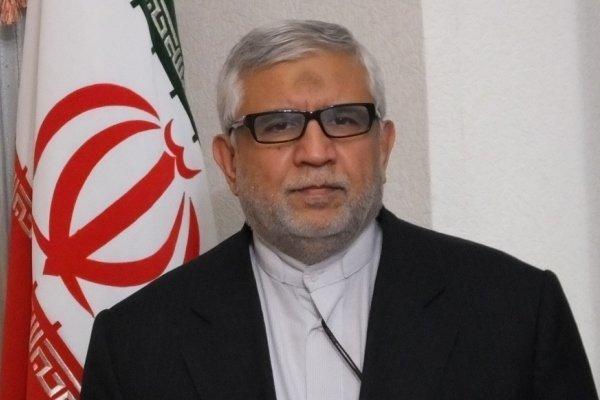 TEHRAN, Jul. 02 (MNA) – Iranian ambassador to Azerbaijan said Zionist usurper regime is the root of all terror, instability and conflict in the Middle East.

Speaking at an Iftar ceremony of Iran’s Embassy hosting a gathering of Azerbaijan’s officials, religious figures, MPs and ambassadors of some Islamic countries in Baku on Friday, Mohsen Pak Ayin discussed the importance of Quds Day and underlined Zionist regime’s crimes against the oppressed people of Palestine.

He said “we should consider the roots and the main reasons of terrorism in order to fight the global menace.”

He added that unfortunately countries that support Israel has formed ISIL and al-Qaeda terrorist groups to divert world public opinion from the issue of Palestine.

Pointing to the serious crimes of the Zionist regime against the Palestinians, Pak Ayin said the international community should not disregard these atrocities.

He underlined that the Muslim world now needs unity more than ever and the Islamic Republic of Iran is doing its best to realize this important issue.

Iran's ambassador said the solution for all the conflicts in Muslim countries including Palestine’s issue and the Nagorno-Karabakh conflict is possible through Islamic unity.

“Failure to timely implement UN Security Council resolutions on the conflict is the main reason why Palestinian or Nagorno-Karabakh and Kashmir issues have not been solved yet,” Gurbanali noted, calling them serious threats towards global and regional security and peace.

In another part of his speech, Gurbanali stressed the importance of solidarity in Muslim world and among Muslims across the world.

Ambassador of Palestine to Azerbaijan Nasser Abdul Kareem Raheem hailed late founder of the Islamic Republic Imam Khomeini for declaring the last Friday of the holy month of Ramadan as the International Quds Day and said “on this day Muslims show solidarity and support for the Palestinian people.”

Speaking on crimes and atrocities of the Zionist regime against the Palestinian people within the past 60 years, Abdul Kareem Raheem said Israel is recently trying to change the structure of Quds and introduce it as a Jewish city.

“Palestinian people resist to prevent Zionist regime from achieving its goals,” he underlined.

He also pointed to the struggle of the Palestinians to halt Israeli efforts to destroy the cultural heritage of Islam in Quds, saying Palestin expects support from Islamic countries.