The Iran deal at one year: Reality vs. the promises Political and military events 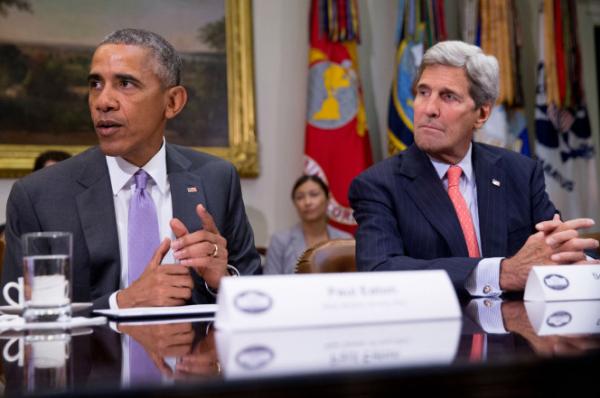 To mark the first anniversary of President Obama’s deal with Iran, the folks at the Foreign Policy Initiative have just published a comprehensive compilation of promises vs. results. It’s a devastating roundup.

FPI’s Tzvi Kahn notes what Obama, Secretary of State John Kerry and other top officials promised at the time would happen if the deal went through — in contrast with what we know now.

The level of willful deceit from Team Obama is horrifying. For example:

White House aide Ben Rhodes also admitted that Team Obama just spun a myth about a split within Iran between hard-liners and moderates.

Everything we’ve learned in the past year speaks to this deal as one of the biggest, most dangerous diplomatic blunders in US history. More than anything else, it will define Barack Obama’s legacy.

That’s actually what he’s always wanted — but it seems sure he’ll come to regret it.

IIKSS -  Russia is profoundly disappointed with the results of the 8th Review Conference of the Biological and ...