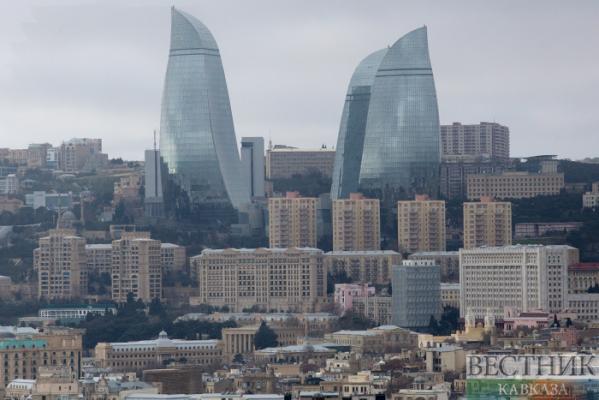 The 4th Global Baku Forum titled 'Towards a Multipolar World' has started in Baku today.

Its opening is attended by the Azerbaijani President Ilham Aliyev, Azerbaijan’s first lady Mehriban Aliyeva and the vice-president of the Heydar Aliyev Foundation, Leyla Aliyeva.
Such topics as international security, regional threats, serious consequences of global economic challenges, climate change and energy policy: the role of oil-producing countries, multiculturalism, inter-religious dialogue and mutual integration will be discussed during the two-day forum.

Conflicts on ethnic, religious and political grounds, global challenges to democratic development, education and the environment will also be topics of the upcoming forum.
Heads of state and government will participate and deliver speeches at the opening of the session ‘Global Challenges of the Modern World’.

During the forum, heads of state and government, prominent public and political figures, and authoritative experts will hold discussions and exchange views on various topics during the forum.

The forum was opened by the director of the Bibliotheca Alexandrina, co-chair of the Nizami Ganjavi International Center, Ismail Serageldin.

The forum began with a speech by the President of Azerbaijan Ilham Aliyev. "First of all, I'd like to welcome you all to Azerbaijan. I am very glad that the Baku Global Forum is becoming a good tradition," he said.

The president thanked the Nizami Ganjavi International Center, its board, its co-chairs Vaira Viķe-Freiberga and Ismail Serageldin for transforming the center into a world-scale international institution in a very short period of time.

The head of state noted that the meeting will discuss a wide range of issues on the international agenda, which are very important to the whole of mankind. In this regard, Ilham Aliyev expressed confidence that the forum will contribute valuable thoughts to the cause of peace, security and predictability in the world .

According to President Aliyev, the level of every international forum mainly depends on the list of its participants – heads of state and government, prominent politicians, public figures and experts. "Our main role is to play our part as countries, governments and politicians. We must try to create grounds for cooperation and mutual respect. The situation in the Middle East, in Europe, the refugee crisis are the realities of recent years. These issues will be considered during the forum. The level and experience of participants may help to find a way out of the existing situation. We should encourage mutual cooperation and peace," he said.

"The refugee crisis showed that we're all interrelated. We must respect each other," he stressed.

"Azerbaijan will celebrate the 25th anniversary of its independence. During the early years of independence, we've suffered from Armenian terror and occupation. And the conflict is not resolved yet," he recalled.

According to the President, the solution to this problem will allow a million Azerbaijani refugees to return to their homeland. "By continuing the occupation, Armenia puts itself in a more isolated situation. Nagorno-Karabakh is a historical part of Azerbaijan. The international community recognizes Nagorno-Karabakh as an integral part of Azerbaijan. 20% of our lands are under occupation. The UN Security Council's resolutions demand the unconditional and immediate withdrawal of Armenian troops from our territories. The mechanism of implementation of these resolutions should be a topic of discussions. In some cases, the resolutions of the UN Security Council are implemented within hours or days, in our case they are not implemented at all," the President stressed.

This situation is due to the fact that Armenia wants to keep the status quo unchanged. "However, the status quo must be changed. The co-chairs of the OSCE Minsk Group also state that the status quo must be changed.  Armenia must liberate the occupied lands. It is unacceptable in the 21st century to keep a neighboring state under occupation. Azerbaijan can achieve even greater economic success after the liberation of our occupied territories. The UN Security Council should force Armenia to comply with the resolutions and put an end to the occupation," Ilham Aliyev recalled.

"In 2004-2014, Azerbaijan's economy has been the fastest growing economy in the world. Azerbaijan ranks 40th in the world for economic competitiveness," he said.

According to President Aliyev, Azerbaijan has entered the post-oil period. "This is not due to the reduction of production, but to the fact that the oil price has fallen fourfold. No one was ready. We had to actively work to reduce the negative impact. Now our financial position is stable. Our budget is based at $25 per barrel," Ilham Aliyev noted.

"Azerbaijan has an important geographical position, which provides an opportunity to develop the transport infrastructure. The East-West Corridor has recently been launched, and we hope the Baku-Tbilisi-Kars railway will be commissioned next year. We are trying to create a single transport line. The North–South Transport Corridor is another important transport corridor," he said.

In addition, the President referred to the Southern Gas Corridor, which will stretch from Azerbaijan to Italy. "Azerbaijan was declared as the main country to implement this strategic project. I believe that Croatia and Montenegro will also join the project. This is a free competition project to diversify sources of energy. Our main goal is to implement it as a commercial project. One cannot use energy as a political tool. The oil price won't be low for a long time. The demand for natural gas will increase in Europe," Ilham Aliyev stressed.

Professor of the Western University, political scientist Fikret Sadykhov, said in an interview with a correspondent of Vestnik Kavkaza that "the importance of this forum is determined by the fact that Azerbaijan has become an international platform for discussing important and serious problems." "The second factor is the participation of seven current presidents and 27 ex-presidents," he added.

According to the analyst, the participants in the forum will discuss issues such as "the role of inter-religious dialogue in the prevention of conflicts, migration, problems of multiculturalism, integration and ensuring global and regional security." "It is clear that the agenda of the forum also includes problems associated with energy prospects and global governance," Fikret Sadikhov summed up.

Two Caspian Sea Projects Could Add 200 MBOPD by Year-End   Even as Russia discusses a production freeze with Saudi Arabia, ...