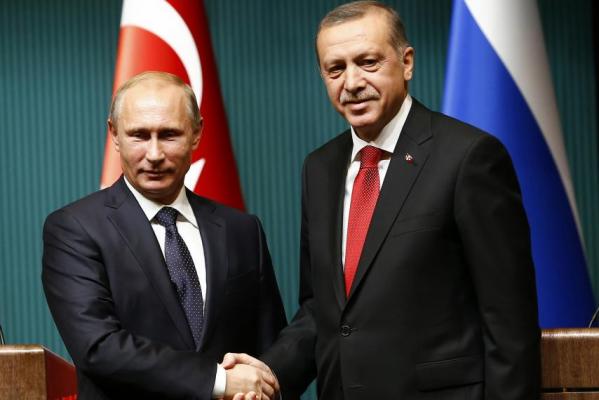 Foreign Ministry Spokesman Bahram Qassemi said that the Islamic Republic welcomes the process of normalization of relations between Ankara and Moscow.

'The Islamic republic of Iran welcomes the will and recent measures of the leaders of the two neighboring countries (Russia and Turkey) in order to begin the normalization trend of ties,' Qassemi said.
He underlined that it has always been announced in the past, the Islamic Republic of Iran declares its full support for this move (normalizing the bilateral relations).
'The Islamic Republic of Iran hopes that Turkey-Russia normalized ties could meet the interests of the Russian and Turkish nations and all people of the region and such normalization would consolidate cooperation, stability and tranquility in the region and also fighting the heinous phenomenon and disgusting phenomenon of terrorism,' Qassemi added.
He reiterated that Iran hope that the positive trend of normalization trend of relations between Russia and Turkey will bear fruitful results soon.

Top German MEP joins foes of controversial Nord Stream 2 pipeline The head of the largest party in the European Parliament ...

Azerbaijan’s Prime Minister Novruz Mammadov has hailed high-level bilateral relations between Azerbaijan and Hungary as he met with ...