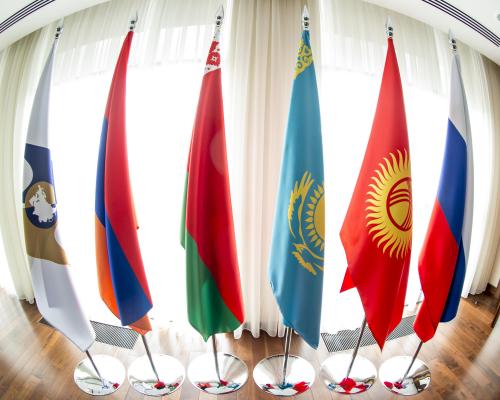 Russian President Vladimir Putin for the second time in the current month has called for Iran’s cooperation with the Eurasia economic union in a bid to reach a common and big Eurasian horizon.

“Russia wants Iran to have vast trade-economic partnership in Eurasia atmosphere in the near future,” President Putin said on Thursday in a meeting with Russian ambassadors and heads of diplomatic missions abroad.
He went on to say that Big Eurasian participation is forthcoming and “we hope that in addition to the present Eurasia member-states, China, India, Pakistan and Iran in the near future as well as the former Soviet Union republics (Commonwealth of Independent States) will also join them in the near future.
The Russian president also said that the consultations for creating Eurasia free trade zone with over 40 member-states and international organizations are underway.
“The Eurasia economic union is interested in cooperation with many countries and regional organizations on the basis of freedom principles and transparent measures as well as abiding by international trade rules and regulations,” President Putin added.

Amid ongoing tensions with the US, Moscow and Tehran are embarking on naval cooperation ...