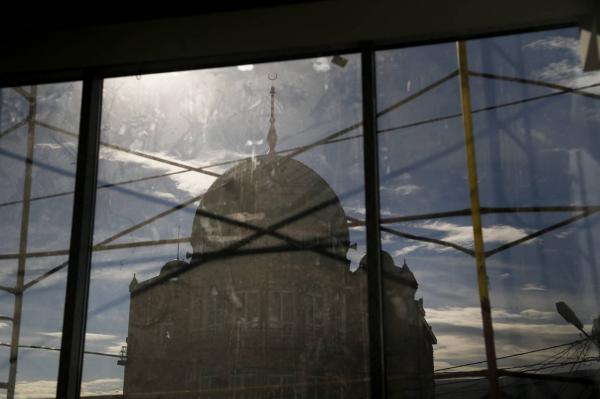 In Dagestan province, once home to an Islamist insurrection, the situation is calmer since men left to join the jihad

MAKHACHKALA, Russia—For decades, the rugged province of Dagestan on the Caspian Sea cradled an Islamist rebellion so vicious that police once feared putting on their uniforms.

But that insurrection has sputtered, thanks in part to the departure of young men to join the jihad in Syria and in part to a police crackdown that human-rights campaigners have called murderous. Public parades and concerts, once avoided by locals because of terror attacks, are drawing crowds as the weather warms.

Officials have developed a strategy to keep the peace: Prevent men who left for Syria from returning and round up those who do.

“Without them, life is returning to normal,” said Mukhtar Efendiev, deputy head of the Makhachkala Security Committee, which tracks radicalized youth in the capital.

As Islamic State loses ground in the Mideast, surrendering cities and fending off attacks in Syria and Iraq, the potential return of local fighters worries the Russian government.

Moscow needs to keep the peace in Dagestan to secure its hold over the rest of the North Caucasus, a restive and predominantly Muslim region on Russia’s southern border. After the Kremlin crushed a rebellion in Chechnya in the past decade, the deadliest unrest it has faced has been in Dagestan, the region’s largest province, where armed groups roamed the mountains.

Lately, the Kremlin has said the crucial fight against Russian-speaking militants isn’t in Russia but in Syria, where at least 5,000 Islamists from the former Soviet Union have gone to fight. Russian President Vladimir Putin recently said Russia’s air campaign in Syria “fulfilled an important internal problem, and I mean the fight against bandits from Russia” and elsewhere in the former Soviet Union.

For years, the conflict in Syria has been a magnet for young men from abroad. Many of the militants crossed into Syria from Turkey with the help of recruiters in Istanbul who operated under the guise of Islamic aid organizations, according to Russian police. As Turkey has cracked down on Islamic State, that pipeline has become a growing security risk. Turkish authorities on Thursday identified a Dagestani as one of the three suicide bombers who killed 44 people at Itsanbul’s main airport on Tuesday.

The presence of foreigners has pushed Islamic State to new heights of brutality. But it also has helped quiet conflicts in the former Soviet Union, said Ivan Safranchuk, a professor at Moscow State University who is currently a fellow at the Center for Strategic and International Studies in Washington.

“When a major front appears, it attracts people from around the world and it dries up resources in local conflicts,” said Mr. Safranchuk.

“But when that front disappears and no new major front is available, that can be the most dangerous period of all,” he said.

For jihadists, Syria appears to be losing appeal, the Pentagon said in April. The number of foreign fighters arriving in Iraq and Syria to join Islamic State has declined to about 200 a month from as many as 2,000 a month a year ago, the Pentagon said.

Meanwhile, jihadist ranks appear to be swelling elsewhere. U.S. intelligence officials recently estimated that between 4,000 and 6,000 Islamic State fighters are in Libya—probably double the figure from 12 to 18 months ago, according to Army Gen. David M. Rodriguez, who until recently oversaw the U.S. Africa Command.

Officials in Dagestan say around 1,000 local men flocked to Syria over the past four years to join Islamic State or the al Qaeda-linked Nusra Front.

“For years the attitude was ‘If you want to go to Syria, please go,’” said Shamil Shikhaliev, a scholar of Islamist history at the Russian Academy of Sciences in Makhachkala.

Moscow denies turning a blind eye to the migration, and Russia passed a law in 2013 that effectively forbade citizens to fight for Islamic State.

Mr. Shikhaliev said the migration was a boon to police who bore the brunt of the insurgency in Dagestan and nearly lost control of Makhachkala in 2009 when a sniper began picking off patrolmen. For one weekend officers stayed home or wore civilian clothes.

In 2011, 413 people were killed in bombings and gunbattles, more than half of them police. Authorities cracked down, fearing the unrest could disrupt the 2014 Winter Olympics in Sochi.

Now Syria may be as dangerous as Dagestan for jihadists. Mr. Shikhaliev spoke to the father of one returnee who said, “Every 40 minutes there was a new bombing.”

Russian border police have been arresting returnees, said a Federal Security Service official. Others are nabbed in their hometowns.

All know they likely face prison but “are coming back anyway, because they are really scared,” the official said. About 70 from Dagestan have been detained, 30 of whom are under house arrest.

“Others may never return,” the official said. “It’s hard to know what is happening out there.”

BP reset one of main producing platform in Caspian Sea

BP reset one of main producing platform in Caspian Sea   BP as operator of the Azeri-Chirag-Gunashli (ACG) field development project ...