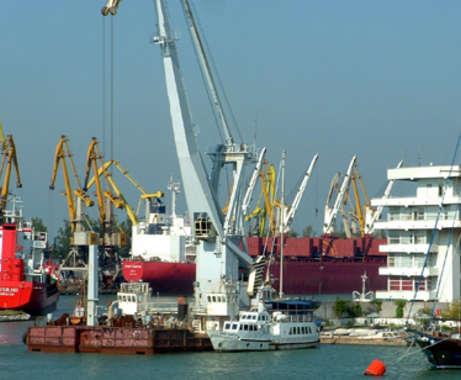 Azerbaijan’s State energy company SOCAR has not received any official request from Petrocas, which is partially owned by Russian oil giant Rosneft, over its plans to send minimum 1 million tons of gasoline Iran via Azerbaijan and Georgia.

A source at SOCAR to Trend on June 29 they have not received any request yet, but if they do, they will consider it.

In this timeframe, Petronas plans to construct a logistic terminal over the Southern Caucasus terminal.

Nakaidze noted that the throughput capacity of the Poti terminal amounts to about 3 million petroleum products per year. However, it loads 1-1.5 million tons now.

The terminal also has a special container for gasoline storage, he added.

General Director went on saying that in order to transport petroleum products to Iran, the company plans to send fuel via the railways in the direction of the Caspian Sea to the ports of Azerbaijan including Baku, then from there with the help of tankers via the sea to the Iranian ports.

Nakaidze believes that the company will get familiar with the Iranian market by 2017 and export up to 3 million tons of petroleum products annually from Poti terminal. About 1 million tons of gasoline out of this volume will be directed to Iran, and the remaining part of the oil products will be sent to Turkmenistan and Kazakhstan for further delivery to Europe in the future.

In order to enter to the Iranian market, Petrocas plans to expand the Poti terminal by purchasing tankers and special railcars for the transportation of oil cargo, build railways and infrastructure for mooring supersize tankers, as well as for reloading products in the tankers in the Caspian Sea, Yakobashvili said.

He estimates investments for such modernization to amount to $100-200 million.

Iran’s oil and gas market has become more attractive for many after the sanctions imposed by the Western countries were softened. Doing business with Iran is much more easier for foreign companies now.

The Beginner's Guide to Caviar

The Beginner's Guide to Caviar How to serve, pair, and savor the finest sturgeon roe. There's no ...