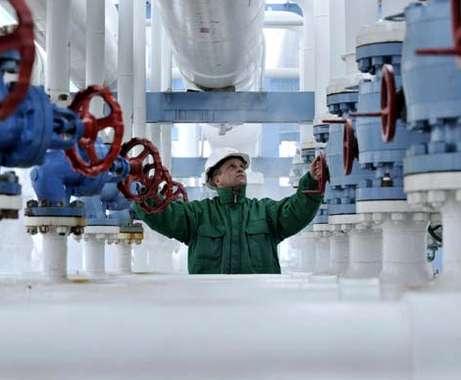 As Turkey’s relations with its biggest gas supplier – Russia worsened, many thought that the country needs to reduce dependence on Russia and diversify away from Russian gas.

“It is the right time for Turkey to diversify gas import sources,” Agata Loskot-Strachota, a senior fellow on energy policy at the Polish Center for Eastern Studies (OSW) told Trend on June 28.

She noted that now, it is quite good time to look for new suppliers, as the international price of gas is low, there are abundant gas supplies in the market and more LNG is coming, which boosts gas competition.

In order to benefit from the existing situation in the global market, Turkey needs to act quickly and effectively in developing new infrastructure – LNG terminals, pipelines and storage facilities, added the expert.

Nevertheless, Agata Loskot-Strachota thinks that Turkey will unlikely succeed in the realization of the most important factor – expansion of gas storage capacity – in order to improve security of supplies.

Additionally, Turkey’s capability to import LNG is also limited, said senior fellow, emphasizing that it hinders the country to take advantage from emerging new LNG volumes from the U.S., Australia and Qatar in the market.

There are several options for Turkey to diversify gas supply routes and decrease reliance on Russian gas in the future.

Loskot-Strachota went on saying that Turkey needs to solve a number of questions in order to realize gas imports from other sources.

The expert believes that the normalized relations between Turkey and Israel will enable gas export from Israel to Turkey. However, it is unclear how it will happen and under which circumstances.

Plus, Turkey will receive additional volumes from Azerbaijan via Trans-Anatolian pipeline (TANAP) – Turkish leg of the Southern Gas Corridor that envisages transporting gas from the Caspian Sea to Europe.

In this case, Loskot-Strachota expects Turkey to compete with European consumers.

She further added that there is also a slim possibility of purchasing natural gas from Turkmenistan. However, the issue on constructing the optimal route to deliver Turkmen gas to Turkish market has to be solved – either via the Caspian Sea or Iran.

As Iran’s relations got better with the West, it increases Turkey’s chance to export more volumes of gas from Iran in the long run. Nevertheless, it requires to resolve the complicated relations of two neighboring countries and to make huge investments in Iran’s gas sector, said Loskot-Strachota.

She also believes that more effective diversification of gas suppliers in Turkey could contribute to reforming and liberalizing Turkish gas market, which in turn, will lead to a genuine competition between already existing and potential gas suppliers in this market.

On the other hand, there are signals demonstrating Turkey’s interest in resuming cooperation with Russia and reviving Turkish Stream project, which cast doubts whether Turkey wants to reduce its dependence on Russian gas or bets on the increase of gas interdependence, said Loskot-Strachota.

Some 5.3 billion cubic meters out of this volume was purchased from Azerbaijan (via the South Caucasus Pipeline or Baku-Tbilisi-Erzurum) 26.6 billion from Russia (via Blue Stream and Trans-Balkan pipeline) and 7.8 billion from Iran.

Turkmenistan to order three B737 MAX 7s from Boeing

Turkmenistan government approved an order of three B737 MAX 7s from Boeing for its civil aviation needs, according ...