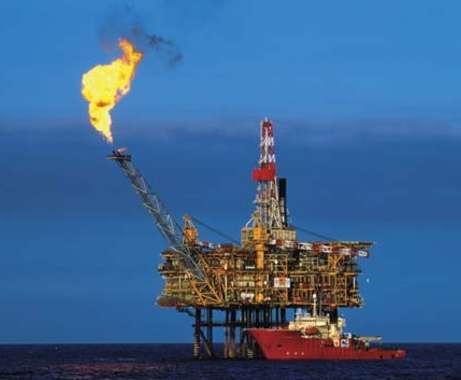 The U.S. Energy Information Administration (EIA) has once again confirmed Azerbaijan’s importance in ensuring energy security both at regional and international scale.

In its Country Analysis Brief report, EIA said Azerbaijan, one of the oldest oil-producing countries in the world, is an important oil and natural gas supplier in the Caspian Sea region, particularly for European markets.

Although traditionally the country has been a prolific oil producer, EIA expects Azerbaijan's importance as a natural gas supplier to grow in the future as field development and export infrastructure expand.

Most of Azerbaijan's natural gas is produced offshore in either the Shah Deniz field or the ACG (Azeri-Chiraq-Guneshli) complex.

“Stage 2 development of the Shah Deniz natural gas and condensate field will more than double Azerbaijan’s natural gas exports by the end of the decade,” the EIA said in a report.

The contract for development of the Shah Deniz offshore field was signed on June 4, 1996. The field's reserve is estimated at 1.2 trillion cubic meters of gas.

Gas production in Azerbaijan totaled 18.2 billion cubic meters in 2015, which is 3.4 percent more than the volume of production in 2014, according to BP Statistical Review of World Energy 2016.

While the main focus is on the Shah-Deniz field with estimated gas reserves at 1.2 trillion cubic meters, Azerbaijan possesses additional significant gas fields such as Absheron, Umid, Babek and Nakhchivan, of which Absheron field is projected to be commenced in 2021. The cited indicators ensure future development of the gas industry in Azerbaijan for a period exceeding 100 years.

These reserves are expected to allow Azerbaijan to focus on expanding its energy industry and broader supply routes ensuring a stable economic growth.

The second-largest oil producer in the former Soviet Union, Azerbijan enjoys a potential to produce oil and gas from shale. Shale gas fields are located at the territory of Gobustan, Shemakhi and other regions. Earlier, ConocoPhilips conducted geological survey at Azerbaijani foothills in accordance with the agreement with SOCAR.

Meanwhile, the country recently announced that for the first time it hit a record in commercial gas production level in 2015.

Turkmenistan to host int’l gas congress in May

Turkmenistan to host int’l gas congress in May   The seventh International Gas Congress of Turkmenistan is planned to be held ...

DP World to help Azerbaijan develop FTZ   DP World is to advise the government of Azerbaijan and ...