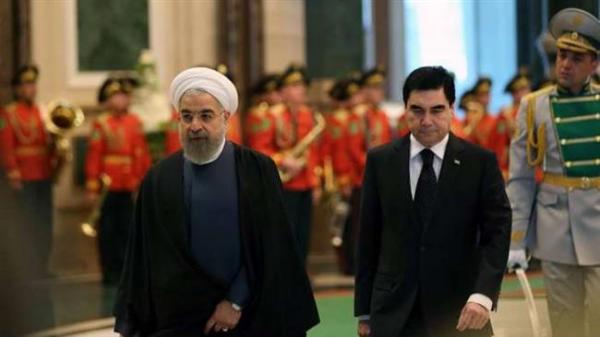 An Iranian Petroleum Ministry official says Iran and Turkmenistan have envisioned a $30bn barter deal in their economic exchange.

The deal allows for Iranian goods and services to be bartered for Turkmenistan’s natural gas, the official IRNA news agency quoted Mohammad Taqi Amanpour, the Iranian oil minister’s special representative in the exports of commodities and services, as saying on Tuesday.

The official said the two countries have already finalized a $500mn agreement on the export of Iranian goods and services to its northeastern neighbor.

The report added that the massive deal envisages such barter to take place in the course of the next 10 years.

Turkmenistan, Iran’s largest natural gas supplier, has run the barter deal with Tehran over the past one and a half years; yet only a faction of the agreement ($2.5bn) has been implemented, the official noted.

Back in May, Iranian President Hassan Rouhani stressed the importance of cooperation between the two nations and urged a boost in such ties.

Rouhani commended bilateral relations in energy and power sectors, calling for enhanced cooperation in other sectors, including tourism, environment preservation of the Caspian Sea region and determination of its legal regime. He made the call during a visit by Turkmenistan’s Foreign Minister Rashid Meredov to Tehran.

Although bilateral trade has not surpassed $5 billion over the past few years, officials of the two countries say a $60 billion target is achievable, given enormous potentials which exist for cooperation.

Iran buys almost a third of Turkmenistan's exported gas for heating in winter and other use in the country’s northern provinces which are far from southern hydrocarbon fields.

There is also a railway link between the two neighbors, stretching over 926 kilometers up to Kazakhstan. It is emerging as a vital route to link the Central Asia to the Persian Gulf and beyond.

IIKSS - The European Bank for Reconstruction and Development provided loans and technical cooperation for more than 30 ...