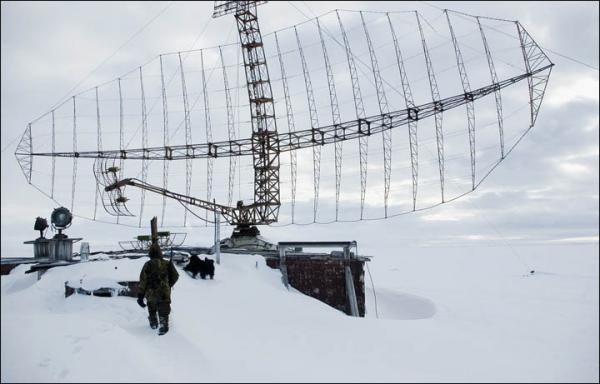 In 2017, the national Defense Ministry will receive several Podsolnukh (Sunflower) beyond-the-horizon radar units from RTI and deploy one of them in the Arctic region, Interfax reports.

"In 2017, the Russian Defense Ministry plans to buy several radar units for the Navy. They will be deployed in the Arctic, as well as in southern and western Russia," said RTI CEO Sergei Boyev.

"The Podsolnukh radar unit has been upgraded for the Arctic environment under a research & development project. The ministry intended to deploy the Arctic radar unit this year, but the deadline has been shifted to 2017," Boyev noted.

The Russian Navy is set to deploy several more Podsolnukh radar units in the future, he added.

The radar units passed state tests in 2006, and three Podsolnukh radar units currently operate in the Okhotsk Sea, the Sea of Japan and the Caspian Sea.

Podsolnukh radar technology simultaneously detects, tracks and identifies up to 300 naval and 100 air targets in automatic mode, calculates their coordinates and guides ship-borne weapons and air defense systems toward them.

In March 2016, this radar system took part in an exercise involving Caspian Flotilla ships with Kalibr-NK long-range cruise missiles onboard. Exercise participants detected naval and air targets and guided the ships toward them.

EBRD Considers TAP Funding   The European Bank for Reconstruction and Development (EBRD) has confirmed that it started talks to provide direct ...