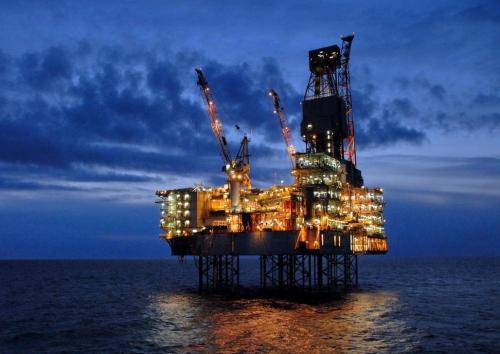 Azerbaijan’s energy monpoly Socar produced 5.4% less gas in the first five months of the year than in the same period of 2015. Output stood at 2.65bn m3, according to Socar’s latest figures, of which about 2.3bn m3 were produced by Azneft, Socar’s production company. The remainder came from joint ventures established by Socar and foreign companies under production-sharing agreements (PSAs).
Caspian Overview: Azerbaijan Talks with Gazprom

Azerbaijan’s energy monpoly Socar produced 5.4% less gas in the first five months of the year than in the same period of 2015. Output stood at 2.65bn m3, according to Socar’s latest figures, of which about 2.3bn m3 were produced by Azneft, Socar’s production company. The remainder came from joint ventures established by Socar and foreign companies under production-sharing agreements (PSAs).

Baku forecasts commercial gas output to exceed 20bn m3 in 2016, which would be its most ever.
Azerbaijan's gas production (mn m³)

The fall in Socar’s gas output triggered preparations for a new round of talks with Russian giant Gazprom over gas imports, at 3-5bn m3/yr. BP is also producing less marketable gas as it is switching to reinjection into the Azeri-Chirag-Guneshli block to maintain oil output. Socar also wants to test the actual capacity of its underground gas storage facilities, estimated at around 5bn m3. But an official source told NGE that Baku is seeking a bigger discount in Russian gas prices.

A Socar delegation will be in Russia this week attending the International Economic Forum in Saint Petersburg on June 16-18.

Azerbaijan’s sovereign wealth fund, Sofaz, saw its income from the first phase of Shah Deniz fall sharply from January to May 2016, standing at $64mn.

Despite low oil prices and increasing Azerbaijan’s expenditures, the country gained from the falling price of steel and other materials needed to develop projects. The TransAnatolia gas pipeline (Tanap), will cost $2bn less to build, for example, owing to that and to better co-operation.
Russian Lukoil starts drilling in Caspian field

Russian Lukoil has started drilling on the Vladimir Filanovsky field in the Russian sector of the Caspian Sea, according to Caspian Energy, part of the United Ship-building Corporation. The drilling is done from the stationary platform LSP-1.

Before work started it had the approval of regulatory agency Rostekhnadzor, and it is now 21 metres down, meaning the offshore stage of LSP-1 construction is on schedule, it said. The field was discovered in 2005 and its extractible resources stands at 153.1mn mt oil and 32.2bn m3 of gas.

Despite declining gas revenues, Russia seems determined to develop upstream and boost exports, even offering discounts. Gazprom cut the price of gas for Armenia last week by $15 to $150/’000 m3.
Turkmenistan

On the western shore of the Caspian, commercial representatives of Turkmenistan’s oil and gas industries have held talks with a delegation of leading UK companies specialising in the oil and gas business, reported Turkmenistan’s petroleum ministry.

Perkins offered gas generators, engines and spare parts while Tensar is ready to design and transport major items of equipment as well as install and assemble modular bridges designed for the sector.

Turkmenistan has been seeking cooperation in fields of exploration, extraction and refining of hydrocarbon resources, construction of gas refining complexes and big infrastructure projects for oil and gas transportation.

Turkmenistan also says it is continuing the development of the Galkynysh gas field, the biggest onshore field in the world in terms of gas in place, of which it holds perhaps 26.2 trillion m³.

“In the framework of the implementation of the second phase of the industrial development of this field is planned the drilling of 70 wells, the production rate most of them 2mn m3/d,” the state Nebit-Gaz paper reported.

Oil in the Caspian Region

The Caspian Sea region has become a central focal point for untapped oil and natural gas resources from the southern ...