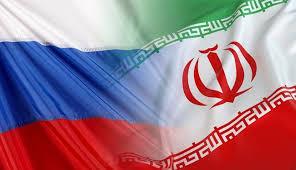 Any assessment of military cooperation between Iran and Russia would be meaningless outside the general framework of the two countries’ relations. Therefore, study of the two countries’ relations and approaches to each other will shed more light on the future outlook of military cooperation between these two neighbors, who seek revision in the global order.

It must be admitted that relations between Iran and Russia have their roots in a background of suspicions and misunderstandings and are, therefore, quite vulnerable. Historically humiliating experiences of two Golestan and Turkmenchai treaties, which led to disintegration of Iran under the Qajar rule, and the occupation of the northern parts of Iran by Russians during World War II have forced Iranians to historically look upon Moscow as an untrustworthy party which is prone to breaching its promises. Of course, such bitter experiences are not just about past relations between the two countries. Major examples of bitter experiences that Iran has had with its northern neighbor in contemporary times can be summarized as great delay on the part of Russia for making Iran’s nuclear power plant operational in the southern port city of Bushehr; limitations for Iran in the Caspian Sea; lack of Russia’s active support for Iran in the course of the Islamic Republic’s nuclear case; Russia’s close relations with Israel; Moscow’s lack of commitment to the two countries’ security and weapons agreements, and many other similar cases.

The wall of perceptual distrust between the two sides is so high that Iranians believe that Russians look at Iran from an instrumental and tactical viewpoint, considering Iran as a country whose foreign policy problems they can use at regional and global levels and take advantage of it as a card in bargaining with the West. On the other hand, Russians believe that relations with Iran are only limited to challenging and troublesome areas, which cost Moscow very dearly.

This difference in the two countries’ perception of each other has sometimes abated at certain junctures, but when dispute between Iran and the international community over the Islamic Republic’s nuclear case escalated and led to passivity and isolation of Iran, Iranians’ pessimistic view of Russians’ unconstructive positions in the nuclear case was intensified.

The conditions, however, suddenly changed following achievement of Iran’s nuclear deal after which Iran’s maneuvering room increased, especially in the field of trade and commerce. Russians have also understood new conditions correctly and have been talking about their country’s commitment to weapons agreements with Iran, especially for the delivery of S-300 missile systems.

Fluctuating relations between the two countries apart, when the overthrow of a government, which was a friend and ally to both countries, that is Syria, was at stake, Iran and Russia engaged in the most prominent example of their military cooperation on the Syrian soil. In Syria, it seemed that the two countries have been realistic enough to come up with an acceptable conclusion and formula by combining Iran’s idealism with Russia’s pragmatism. Realization of this high level of cooperation between these two actors, in view of differences in the field in Syria, managed to reduce the two sides’ security concerns about the possible overthrow of their common friend to a large extent. However, it also proved that due to different approaches taken by the two sides to the Middle East and the different effect that the two actors have on regional developments, this form of regional cooperation can take shape in short term and in a tactical manner merely to meet their higher priority security goals.

Although conditions have changed between Iran and Russia, however, Russians’ behavior with regard to selling arms to Iran is still such that it makes Iranians pessimistic toward their northern neighbor. Russians have never been willing to see another country with extraordinary military capabilities around the Caspian Sea and have not been committed to their strategic weapons contracts with Iran. A prominent example of this situation was their reluctance to deliver the S-300 missile system to Iran. This missile system is just meant for defensive purposes and even when sanctions escalated against Iran through sanctions resolutions adopted by the United Nations Security Council, they were not covered by those restrictive measures. Russians, however, stopped delivery of this missile system to Iran in 2010 and even when anti-Iran sanctions were mostly removed, Russians did not show any willingness to deliver it to Iran. Although the process of security and military cooperation between Iran and Russia started in 1991 and despite high-level meetings between the two countries’ military officials and conclusion of relevant agreements, this approach, which has been taken by Russia, has affected military relations between the two sides.

Despite these cases of breach of promise, Iranians have been patiently waiting for Moscow’s military assistance. In view of the content of the Security Council resolution that confirms Iran’s nuclear deal, known as the Joint Comprehensive Plan of Action (JCPOA), even in the era that follows the conclusion of JCPOA Iran will have problems for buying heavy weapons for the next five years. That limitation even extends to eight years when it comes to transfer of missiles and missile technology to the country. Therefore, in view of regional tensions and unrest in peripheral regions of Iran, Tehran does not want to suffer from such weaknesses as lack of modern and effective armored units, which dealt heavy blows to the country’s forces during the war between Iran and Iraq.

Many experts believe that Iran needs, at least, USD 13 billion worth of advanced weapons to reduce its tactical vulnerability and in view of the plummeting price of energy carriers, this high degree of military need would be a great temptation for Russia.