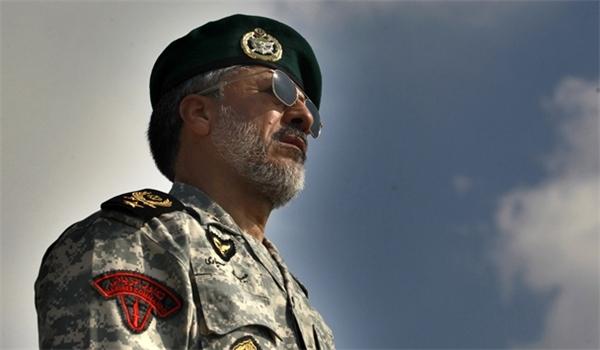 Islamic Republic of Iran's Navy commander said the presence in the Atlantic Ocean, according to international laws and regulations, is naval forces’ agenda this year.

Speaking among reporters on Saturday, Rear Admiral Habibollah Sayyari pointed to the presence of Navy flotilla 41 in the Gulf of Aden, saying “Iran’s Navy will provide security for the ships backed by Iran.”

Underlining that the Navy is equipment-based, he highly regarded the attempts to advance knowledge and the equipment for the Navy in line with its strong presence in international waters.

Sayyari underlined that all equipment and facilities of the Navy is now home-made, adding “in addition to the domestic equipment, Iranian Navy is also self-sufficient in education and human resources.”

Noting that education in Iran’s Navy is according to global standards, Sayyari said before the Islamic Revolution all Navy personnel were studying abroad, however today, in addition to specialized training in the country, other countries also call for Iran to train their personnel.

He pointed to the Caspian Sea as the sea of peace and friendship among the five neighboring countries, and said “Caspian security should be provided by the five countries so that no foreign country would even desire the presence in the sea.”

Rear Admiral Sayyari, insisting that the friendly relations between the Caspian littoral states would raise the security level in addition to strengthening the connection between the navies of these countries, said “establishing the fishing and fishery areas, trade, traffic, preventing smuggling, protecting the environment and preventing its pollution requires security in all aspects."

West playing with fire by curbing Aleppo liberation   While Syrian Army siege over Aleppo is completed and the ...