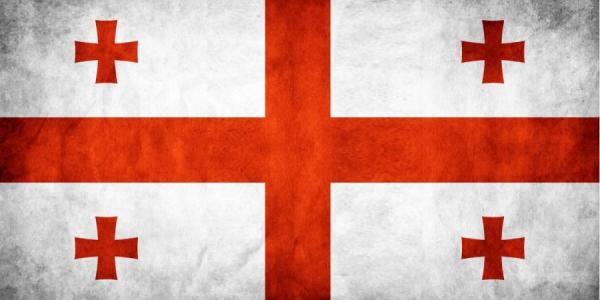 In a wide-ranging presentation, which included the security of pipelines in the South Caucasus and Georgia's relations with Gazprom, the prime minister Giorgi Kvirikashvili told an energy security conference in Tbilisi that ministerial discussions among Energy Community members were due to be completed by October 8. "We are aiming at joining the Energy Community (EC)" at that point, he said, adding that "of course, there will be transitional period until all regulations are applied in full, and this will take several years."

Mariam Valishvili, Georgia's deputy energy minister, expanded on this saying that "after an outstanding effort, we formally finalised the negotiations (to join the EC) two weeks ago.” Georgia is now moving to address the details and the family of the Energy Community will accept Georgia as a member at the October ministerial meeting, she said.

Valishvili highlighted the gains to be made from EC membership: including cross-border energy trade; derogation from some elements of the EU energy acquis that are incorporated into EC regulations; and allowing freedom to negotiate transit terms on a fully commercial basis.

"We are in a position to apply internal market rules," Valishvili said. "That will make us more competitive." Membership, she added, would also help the government in its drive to promote energy efficiency and energy reforms. Georgia, she added, was now "in full readiness to go ahead with implementation of new reforms in next three or four years."

These reforms are expected to include greater market liberalisation, intended to promote greater competition in energy markets; improvements to the quality of energy services and standards; and improved conditions for the promotion of domestic renewable resources.

The prime minister said that energy security had become an integral part of national security everywhere "but especially in Georgia." In an apparent criticism of Russia, Georgia's immediate neighbour to the north, Kvirikashvili expressed his concern at what he called the "heavier and heavier use" of energy as a weapon.

He added that it is "more and more necessary for Georgia to diversify supply routes to satisfy its energy needs." Energy security, he added, "is becoming one of the most strategic parts of Georgia's economic policy.

Kvirikashvili said there was a need for Georgia to develop its indigenous resources notably in hydropower. "We do have ample hydro resources," he argued, saying that various surveys had shown that at present Georgia was only utilising 25-30% of its hydropower potential. He stressed the role that the introduction of independent regulatory institutions had played in developing energy in Georgia since the late 1990s. They contributed to bringing in international financing institutions (IFIs) and had boosted capacity building in Georgia's existing state-controlled industries, notably in the electricity market, Kvirikashvili said.

He said that Georgia's Partnership Fund acts as sovereign investor in the energy sector, particularly helping to develop the country's electricity grid, enabling projects to get off the ground and providing export opportunities in electricity for both hydro and gas plants. But, he noted, its investments in such companies were made "with a very clear exit strategy."

Regarding one particularly controversial issue in Georgia, the question of gas imports from Russian export monopoly Gazprom, Kvirikashvili said Georgia's energy supply gap was growing, with demand up 40% in 2015. However, he said, although "we had discussions with Gazprom" Georgia had finished the discussions by reaching agreement with Azerbaijan's Socar – "and at a better price" – for additional supplies via BP's gas pipeline.

"Gazprom accounts for less than 10% of Georgia's energy supply, so we are not as heavily dependent on Russian supply as we were in the past," Kvirikashvili said.

One expert, Liana Jervalidze, noted that although Georgia only relied on Gazprom for 15% of its gas imports, there was still an issue as to what would happen if, for some reason, Azerbaijan's state energy company, Socar, was not able to meet its supply commitments to Georgia. "Who will become the third supplier to Georgia?" Jervalidze asked.

Several speakers clearly considered that Turkmen gas might one day provide an answer, but few seemed to hold out much hope that it would cross the Caspian Sea to Azerbaijan any time soon, despite extensive recent contacts between Socar and Turkmengaz in the last two years. The most optimistic appeared to be Valishvili, who said that with regard to securing the entry of Turkmenistan gas into the Southern Gas Corridor, "If we lose this chance right now, we lose this chance for many decades."

The prime minister's view on the limited role of Russian gas in Georgian affairs was straightforward. It was, he said, an unjustifiable assertion that Georgia was turning to Gazprom. Georgia' s priorities, he said, were "joining Europe's Energy Community and diversifying energy supply routes. Moreover, he added, "Azerbaijan for us is really the Number One strategic partner in supplying natural gas to Georgia."

On pipelines, Kvirikashvili said: "We see the Russia-Ukraine crises diminishing the importance of transit routes via Ukraine by announcing new projects like South Stream and Nord Stream. He added: "Building energy supply routes through the Southern Corridor brings more energy security to Europe, to the South Caucasus – and the prospect of plugging in Turkmenistan resources into the system."

The prime minister was satisfied that development of the Southern Gas Corridor was on track. "This is a $45bn project of which $2bn will be invested in Georgia," he said. "This is not just energy security for Georgia, it is energy security for Europe; it diversifies European energy supply." He added: "There is no suspension or halt; to the BP investment in South Caucasus Pipeline. It is in full swing."