Azerbaijan is knocking on Europe’s doors, and does so strongly Political and military events 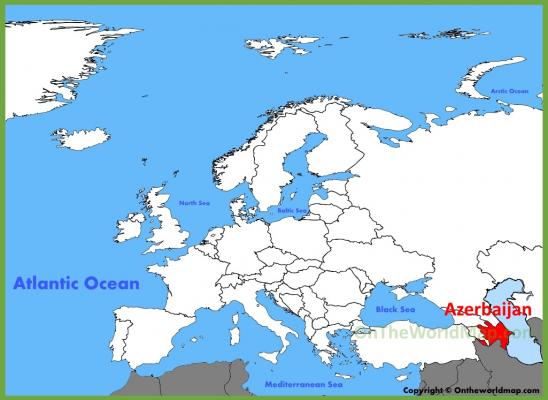 Azerbaijan is enhancing its role in improving the energy security of Europe and strengthening its position in the European energy markets. Azerbaijan hosted the 23rd International Oil and Gas Exhibition titled “Caspian Oil and Gas 2016” from June 1-4, when more than 400 participants from 30 countries took part in the event held in Baku under the auspices of Ilham Aliyev, the president of Azerbaijan.

Unlike other energy-rich countries in the region, Azerbaijan has been following a proactive policy in developing its resources and delivering oil and gas to international energy markets. In fact, Azerbaijan has undertaken an active role in both upstream and downstream industries. Azerbaijan not only invests in the development of its hydrocarbon resources, but in the transmission network for delivering gas to European markets as well. Azerbaijan together with Turkey initiated the Trans Anatolian Natural Gas Pipeline (TANAP), which will deliver gas produced in the giant Shah Deniz and other gas fields in the Caspian Sea. In addition, through state-owned oil giant SOCAR, Azerbaijan holds a share in the South Caucasus Pipeline (SCP) as well as in the Trans Adriatic Pipeline (TAP) which will connect to TANAP at the Turkish-Greek border and transport natural gas to Italy passing from Greece, Albania and the Adriatic Sea. Furthermore, SOCAR is about to acquire a controlling share in Greek gas transmission system operator DESFA, implying that Azerbaijan will be active in all segments of the European gas markets.

These three pipelines, SCP, TANAP and TAP, together will constitute a milestone in the opening of the Southern Gas Corridor (SGC), which is considered a project of common European interest. The European Union has long been seeking to develop the fourth gas corridor, i.e. the SGC corridor, to diversify gas supply resources and reduce its dependency on supplies from Russia, thus bolstering its energy security. The SGC will enable the EU to gain access to new sources of supply in the Caspian Basin and the Middle East. At the moment only Azerbaijan has committed to supply gas to Europe through this corridor. However, it is expected that other gas-rich countries in the region will also supply gas to the European markets through the SGC, once this corridor becomes operational. Günther Oettinger, then-EU energy commissioner, once pointed out that this corridor would have the potential to meet up to 20 percent, or about 100 billion cubic meters (bcm) per year, of the EU’s gas needs in the long-term.

Officials from both the U.S. and the EU have repeatedly acknowledged their reliance on Azerbaijan for energy diversification and achieving common goals to improve energy security. In their letters addressed to the participants of the “Caspian Oil and Gas 2016” exhibition, U.S. President Barack Obama and U.K. Prime Minister David Cameron stressed the importance of the SGC in improving Europe’s energy security and the leading role of Azerbaijan in the development of this corridor.

Nowadays all relevant parties recognize the importance of Azerbaijan in improving the EU’s energy security. As mentioned above, through state-owned SOCAR, Azerbaijan will be active in all segments of markets and play a significant role in the European energy markets. This proactive energy policy, a logical extension of oil and gas strategy laid down by former Azerbaijani President Heydar Aliyev, will enhance Azerbaijan’s role in global energy markets and will bring huge economic benefits to the country.