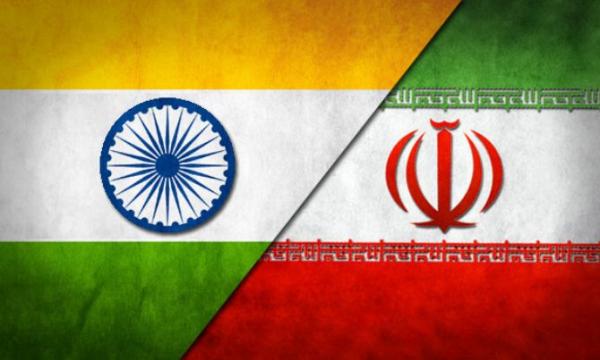 Port Of Call
The Chabahar port in Iran will help India get direct access to Central Asian markets. For India Inc, it is a huge business opportunity.

On September 1, 2014, when Prime Minister Narendra Modi was on his maiden visit to Japan, a handful of freight-handling agents in Mumbai were tracking a muddy truck entering Astrakhan, a small city in southern Russia. The truck, carrying an empty container tagged with a GPS device, was creating history. For the first time in the modern age, cargo from India was making its way across Asia by land to Europe. The container had started its journey from Mumbai and reached the Iranian port of Bandar Abbas, from where it took the North South Transport Corridor, or NSTC, and crossed Azerbaijan, before entering Russia. It was a dry run for what could be routine after India fulfils its $500-million promise to Iran to transform its Chabahar port in the southern part of the country into a business hub. Under the deal, signed during the prime minister's recent visit to Iran, the first phase of the port will be operational within 18 months. This will give Indian companies access to Iran's markets - limited due to earlier US sanctions over its nuclear programme - besides a route to Central Asia, Russia and Eastern Europe via a multi-modal network, reducing freight costs by 30 per cent. The historical land route to Central Asia was closed after the creation of Pakistan.

India is keen to build bridges and do business with Iran after the lifting of US sanctions. But it will not be easy as Indian companies will have to compete with Chinese and Russian conglomerates, along with the Europeans. The Chinese especially have been very active in the region. In January, starting from China's eastern Zhejiang province, a train, with 32 cargo containers, crossed Kazakhstan and Turkmenistan and reached Iran. Yuwi, from where the train originated, is nearly 300 km from Shanghai, and the route will reduce the travel time from 30 days to less than 14 days. China has been one of Iran's biggest trade partners and accounts for 25 per cent of the latter's import pie; India's share is a mere 4.6 per cent. In exports, China is Iran's biggest partner with a share of 29 per cent; India's share is 11.9 per cent. One reason for this difference is that China continued to deepen its ties with Iran in spite of US sanctions. The bilateral trade between China and Iran, for instance, grew from $4 billion in 2003 to $56 billion in 2014. China is already working with Iran in sectors such as mining, energy and infrastructure.

New Delhi, after a cautious stance for years, is trying to catch up. Other than spending $85 million from the books of a joint venture between Kandla Port Trust and Jawaharlal Nehru Port Trust to develop the port and convert the berths into a container terminal and a multi-purpose cargo terminal, a consortium of PSUs, Rashtriya Chemicals & Fertilizers, Gujarat State Fertilizers & Chemicals and Gujarat Narmada Valley Fertilizer & Chemicals, will set up a 1.3-million-tonne urea plant in Chabahar's Free Trade Zone or FTZ. NALCO, too, will set up an aluminium plant there. Iran has assured gas to the urea plant. "Cheaper access to energy will make our products more competitive in the international market," says oil minister Dharmendra Pradhan. Besides, the Indian Railway company, IRCON, will build a line connecting Zahedah on the Iran-Afghanistan border with this port. New Delhi has already spent $100 million on building a 220-km road in the Afghan province of Nimroz that connects the Iran-Afghan border town of Zaranj with Delaram in south-west Afghanistan. This will enable India and Afghanistan to trade without Pakistan. India and Iran also plan to develop the prolific gas field, Farzad-B, in the Persian Gulf through a consortium led by ONGC Videsh. "If all goes well, there will be no hitch in the deal for Farzad-B block. Iran has offered us other projects also. Access to this cheaper energy source will help our companies compete with the global majors," Pradhan told BT in April this year. India is also negotiating to develop the South Pars gas field and an LNG project in Iran.

The prime minister has also asked India's oil refiners to clear the $6.5-billion dues that have accumulated since 2013. Till the first week of June, $1.1 billion had already been paid. These dues had piled up because of difficulty in making payments due to US sanctions. Iran was accepting 45 per cent payment in rupees, while payment of the rest was postponed till the mode of payment was finalised. The US lifted the sanctions in January this year.

Post sanctions, Iran is looking to revive its fortunes after several years of zero growth. Investors and business houses see potential for 5 per cent growth if it can attract foreign capital and technology, not only in the traditional oil and gas sector but also in infrastructure. Indian companies such as GMR, GVK, Reliance Infrastructure and Shapoorji Pallonji Group are eagerly looking to bid for such projects. Transmission company KEC group and energy conservation firm Forbes Marshall, for instance, are keen to build power capacity and revamp Iran's transmission and distribution network. "Most sectors in Iran are controlled by the government, and traditionally governments there have been conservative. Most Indian companies are keen to work there but will wait and see what sort of projects come up," says the CEO of an Indian company interested in doing business in Iran.
×IFrame

In April, a Confederation of Indian Industry team led by Chairman Naushad Forbes had gone to Iran to explore business opportunities. Traditionally, India has sold Iran agri commodities, mostly basmati rice, besides consumer goods and heavy machinery. Oil accounts for 80 per cent imports. "The opportunities there are huge. They are keen to upgrade airports. It is an opportunity for players such as GMR, GVK and Reliance Infrastructure," says an executive of a company who recently went to Iran with the CII delegation.

In 2008, Indian fertiliser major IFFCO thought about sourcing rock phosphates from Kazakhstan, which has one of the finest forms of this natural resource. But the cost of porting the mineral made the plan unviable. Now, with Chabahar port seeing the light of day, such plans of IFFCO and other companies may become viable. The 70-km rail line connecting the Iranian town of Gorgan with the Kazakh town of Uzen via Turkmenistan is close to commissioning. Gorgan is roughly 30 km from the Caspian Sea. The other end of this landlocked sea is already touched by the NSTC, connected with Chabahar. "If we are present in Iran, it will enhance our chances of utilising the new geographies in Central Asia that are opening up for us," says the CEO of a top infrastructure company. He says they are still cautious and waiting for the right opportunities to invest.

India's trade with the five key Central Asian countries, Kazakhstan, Turkmenistan, Tajikistan, Uzbekistan and Kyrgyzstan, is just $1.4 billion. India had tried to establish a road link with Kabul via Pakistan under the SAARC motor vehicle multilateral agreement. The agreement is acceptable to every SAARC country except Pakistan. "The Chabahar link passes through a tougher terrain. Road connectivity would have been ideal," says former road secretary Vijay Chibber.

Chabahar would benefit these five Central Asian countries also by reducing their dependence on China, Russia and Europe for trade. In fact, Afghanistan is already moving ahead, and its businesses have started setting up shop in the Chabahar FTZ. "At least 110 Afghan and Afghan-Iranian companies have registered for investing there. Most have started the work," the head of the FTZ, Hamid Ali Mubaraki, told Iranian press in January. In fact, Afghan President Ashraf Ghani was present in Tehran when India was signing the Chabahar deal.

The new port will also help Iran reduce the burden on Bandar Abbas, which handles 85 per cent of its seaborne trade. It will also help India build a counter to the China-Pakistan Economic Corridor, or CEPC, under which China will own a port in Gwadar, Pakistan, and build an expressway to connect Kashgar via Gilgit and Baltistan. Gwadar is less than 100 km from Chabahar. One reason for India's objection to the CEPC is that it passes through the Pakistan Occupied Kashmir, over which India has claims.

Whether India's efforts to forge closer links with Central Asia bears fruit, only time will tell.