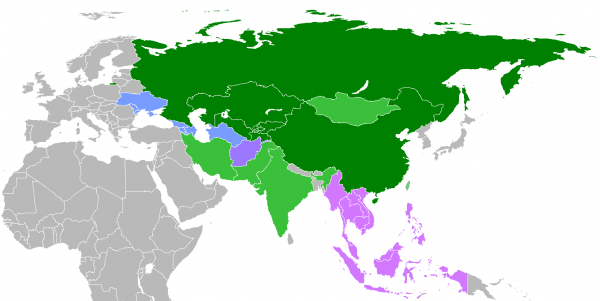 The Secretary General of the Shanghai Cooperation Organization (SCO), Rashid Alimov, announced today that another five States of Euro-Asian region requested to enter as full members of the bilateral dialogue.

Without counting the aspiring countries which filed their application to the 15-year old Forum, Alimov told reporters in this capital that they are one from Eastern Europe, three of the Middle East and one from Southeast Asia.

The five that presented their applications, ratify the international authority of the SCO and its attraction as the scenario for cooperation, said the secretary general of the Group.

Founded by China and Russia 15 years ago, the group is also formed by Kazakhstan, Kyrgyzstan, Tajikistan and Uzbekistan. The incorporation of India and Pakistan as full members was approved in 2015 during the Ufa Summit.

The entrance of Iran in the same status was considered at the meeting of foreign ministers of the SCO held in Tashkent, Uzbekistan, last May. Tehran had presented its application in 2006.

The status of observer is also held by Afghanistan, Belarus, Mongolia and Iran, until now.

Over the past 24 hours, Armenia’s armed forces have 83 times violated the ceasefire along the line of contact ...

Russia, Iran sign MoU on banking coop.   Iran and Russia on Thu. signed an MoU in the fields ...