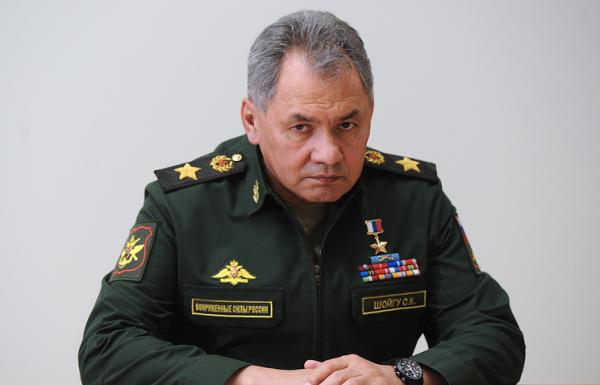 Russian Defense Minister Sergey Shoigu has discussed with his Azerbaijani counterpart Zakir Gasanov the issues of international security, including in Transcaucasia and on the Caspian Sea.

"Our military cooperation is of strategic nature, just like all other spheres of cooperation between our countries. If we are talking about our cooperation and plans for 2016, there are rather saturated," Shoigu said on Wednesday.
"I think there is potential for growth and development there. Of course, we will do everything for our friendly strategic partnership and ties to continue developing," he added.

"We hope to see your team at the International Army Games, at those contests and competitions in which you decided to participate," the defense minister noted. He also noted that he will be glad to see the Azerbaijani delegation at the "Army-2016" international military-technical forum where newest weapons and military equipment will be presented.

Gasanov in turn agreed that the relations between the two countries "are strategic and friendly." "We have a good plan of bilateral military cooperation, including issues of training our future officers," the Azerbaijani minister said. He reminded that 72 Azerbaijani citizens are studying at Russian military schools this year. "We hope that next year the number will reach 88," he concluded.

His Excellency Mr Vladimir Putin, President of the Russian Federation

His Excellency Mr Vladimir Putin, President of the Russian Federation Dear Vladimir Vladimirovich, I sincerely congratulate you on the ...

2017 declared the Year of Health and Inspiration in Turkmenistan

IIKSS - At the initiative of President Gurbanguly Berdymukhammedov, 2017 has been declared the Year of Health and ...