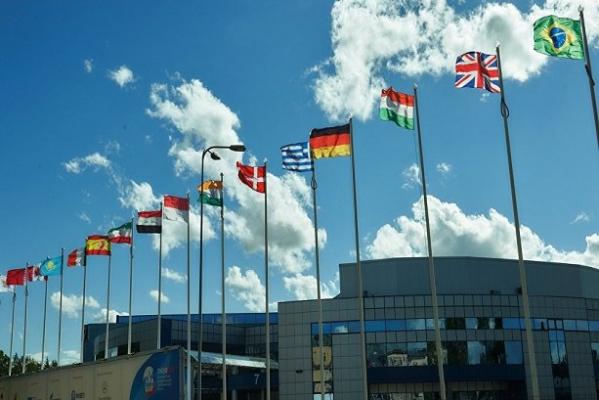 High-ranking Iranian delegation led by Industry Minister will participate in the biggest international economic forum in Russia (SPIEF) with a focus on Iran’s plans for the post-sanction era.

In this three-day forum that will convene on June 16 in St. Petersburg, over 10,000 senior officials from various countries, managers of major industrial and commercial companies as well as investors from around the world, are expected to take part in various sessions, specialized working groups and economic negotiations.

According to the media and public diplomacy section of Iran's embassy in Moscow, the Iranian delegation will be headed by Minister of Industry, Mine and Trade Mohammad Reza Nematzadeh.

Holding a panel on ‘Post-sanction Iran’, talks with a number of economic ministers of Russia as well as a number of other meetings are among the key programs on the agenda of the Iranian delegation.

In 2015 in which the forum hosted over 45 presidents, prime ministers and ministers from 32 countries and about 2,000 reporters covered the event, Russian companies in the commercial sector managed to sign 205 contracts worth 5.3 billion euros.

The St. Petersburg International Economic Forum (SPIEF) is an annual Russian business event for the economic sector, which has been held in St. Petersburg since 1997. The key purpose of the Forum is said to provide a practical tool for business, helping to overcome the barriers, both geographical and informational, that divides Russia and other countries.

On the invitation of TASS News Agency, a delegation from Mehr News Agency will also attend the event.

Diplomacy is starting to take the lead in the Syrian conflict. In recent weeks important meetings and talks ...