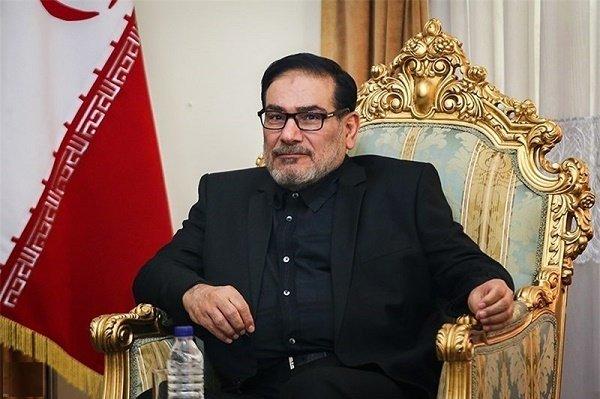 SNSC Secretary Ali Shamkhani said terrorism is being advocated to destabilize the regions in order to enhance security of the Zionist regime.

Pointing to historical and friendly ties between the two countries, Iran’s Shamkhani asserted “warm relations between Iran and Armenia have never been affected by third parties as the two sides have always followed the path of fulfilling mutual interests with sincere determination.”

The official appreciated Armenia’s clear and peaceful stance with regard to regional crises, particularly in condemning Takfiri terrorism movements as well as their advocates; “terrorism as well as overt and covert interferences of the Zionis regime in inflaming the territorial dispute among regional countries are pursued with the aim of destabilizing in the area as well as to enhance safety margin of the fake Israeli regime.”

The Leader’s senior advisor also noted that the Islamic Republic is ready to help Armenia and Azerbaijan settle their dispute over the Nagorno-Karabakh region through peaceful approaches.

“Iran urges both parties to exercise self-restraint and calm and stresses the necessity of avoiding the intensification of the crisis, which will seriously endanger the collective interests of regional countries,” underlined Shamkhani.

Shamkhani also maintained that Iran attaches great importance to cooperation with neighboring countries in various fields stressing “the bolstering of ties in areas like energy, agriculture, transit and transportation can provide suitable grounds for a higher level of economic collaborations between the two sides.”

The Armenian FM Nalbandian, for his part, pointed to the new conditions emerged as a result of the nuclear agreement between Iran and the 5+1 group of countries voicing Armenia’s determination to expand multilateral ties with the Islamic Republic of Iran.

Iran plays a significant role in political, security and economic developments in the region, highlighted the official saying “economic ties between Tehran and Yerevan can pave the way for heightening security cooperation in the fight against terrorism and organized crimes.”

Nalbandian stated that the international community should reprehend the unconstructive approach taken by certain regional countries to worsen the situation in the region through funding, arming and training terrorist groups, calling for immediate measures against these countries.

Oil, gas production up in Kazakhstan